Voice MagBlogsWhy we need to bring…

Cosmetic company Lush's new adverts have been labelled pornographic and banned in Australia, but body positive campaigns like this are exactly what we need.

Last week a new advertising campaign 'Go Naked' from cosmetics brand Lush faced criticism for being too 'pornographic'. After being shown in stores across Australia, the adverts caused four complaints to the country's Advertising Standards Board.These complaints were focused around the content being too pornographic for children, and the inappropriate placement of such adverts at eye-level for children.

The campaign was designed to support the company's environmentally friendly approach to reducing its packaging, through using solid soaps and shampoos and also using biodegradable pellets when packaging is needed.

The images do depict naked women, including their behinds. The most significant aspect of the adverts is that they use members of the Lush team, meaning the advert shows a diverse range of body shapes, and it is evident that these images have not been altered, celebrating natural beauty at the same time as protecting the environment.

The definition of pornography is: printed or visual material containing the explicit description or display of sexual organs or activity, intended to stimulate sexual excitement. There is nothing sexual about the lush advert. It depicts naked, natural women and was in no way intended by the company to incite anything sexual.

In fact Lush were combating this characterisation of the overly sexualised female form, simply by showing it to be natural. This is exactly why we need this kind of campaign; to fight back against the overly sexualised perception of the human body that is usually perpetuated by the media. Rather than complaining about exposing children to this, it is more beneficial to show them what real bodies look like, and also to demonstrate that natural bodies are not something to be ashamed of. This is evident in the positive response Lush received from a number of women who were inspired and positively affected by the campaign, as included in their response to the decision.

Most importantly however, this advert is about celebrating the female body rather than suppressing it. A similar advert by PZ Cussons for Original Source shower gel which depicts the back of a naked man surrounded by plants was also considered by the ABS but was dismissed as the image was relevant to the campaign by depicting the man's natural state. Why does this not stand for the Lush campaign? The ABS' reasoning was that the advert did not treat the issue of nudity 'with sensitivity to the relevant broad audience which would include children', though I believe the body positivity of this advert deals with the issue far more sensitively that the Original Source advert, which employs nudity simply for the sake of it. The difference in these rulings illustrates not only the double standards around men and women's bodies but why we need campaigns like 'Go Naked' more than ever. 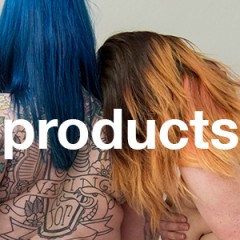 Why we need to bring the Lush ‘Go Naked’ advert back

Cosmetic company Lush's new adverts have been labelled pornographic and banned in Australia, but body positive campaigns like this are exactly what we need.