Voice MagArts AwardBlogsYear in review: the…

2017 has been a pretty good year for the arts. With political chaos creating as many headlines as it did headaches, how did the soothing arts world react?

This year, for the second year in a row, girls really ran the world. Across music, TV and film (apart from Ed Sheeran who stole our hearts through song and our marbles with his acting debut in Game of Thrones), 2017 really became the year of the girl. The rise of the Weinstein trials and the ‘Me Too’ campaign allowed 100 victims of Weinstein to come forward and over 23,000 women to voice their abuse on Twitter. Although it doesn’t sound like the cheeriest way to sign off the year, we can at least say that victims are not afraid anymore and by one person coming forward, we can safely say that a voice will be given to those who do feel trapped. Charles Manson also kicked the retro bucket. As the infamous criminal who murdered many women, notably actress Sharon Tate, it’s a very fitting end to this year.

Music - Taylor look what you made us do

It wasn’t just Taylor Swift shaking it off in 2017; as Lady Gaga, Dua Lipa, Beyonce and Vera Lyn (ask your Nan and she’ll remember) took control of the charts. Ok, with Ed Sheeran too. Sheeran is by no means tired. With his hit ‘Shape of You’ being the most downloaded track this year, reaching over one billion streams on Spotify and actually beating the record set 22 years ago of how long it could stay number one. Throw in the fact that he sleighed Glastonbury, said a line in Game of Thrones and has three songs in the most sold singles of 2017 top ten - his Nan must be really proud.

Back to the girls. Lady Gaga diversified her whole image by releasing the Joanne World Tour, which really showed all shades of this ever-evolving chameleon of Joanne, Stefani or Lady. Beyonce also performed whilst pregnant, at the Grammy’s in February and rocked the house. Whilst, newbie Dua Lipa frankly saved summer music when we couldn’t decide if we were more Taylor or Katy. She’s young and a dark, more debonair popstar. I still can’t get ‘New Rules’ out of my head.

How can we not mention Taylor Swift’s reputation? She’s finally told us that she no longer is a country folk girl and instead favours presenting her romantic squabbles (some things never change) through R&B. Should she be stepping out of her signature style to sound like everyone else? Who knows, but I hope she doesn’t dress up like a teddy bear in 2013 Miley Cyrus style soon.

To round off music in 2017, we have to admit that no one saw Dame Vera Lynn becoming the best-selling female album released in 2017. To celebrate her 100th birthday in March, she released ‘100’ which sold over 100,000 sales in the UK this year. She’s the oldest living artist ever!

In 2017 we met Gal Gadot, the modern Wonder Woman, who actually made watching superhero movie fight scenes bearable. Women actually had someone to root for during the fight scenes. To see Gadot on film, allowed women to exit the cinema ready for battle themselves. The film being female-led and female-directed (whilst Gadot was pregnant at the time!) actually showed a woman saving humanity. She wasn’t distracted by cute babies or cute puppies… no, she was fierce. Equally, ‘The Handmaid’s Tale’ won Outstanding Drama Series at the Emmy’s, thus reflecting female empowerment once again.

The highest grossing film of 2017 is Beauty and the Beast, where Emma Watson’s ‘singing’ ability definitely divided the nation. Spider-Man: Homecoming was a triumph for a science fiction fantasy, with young British actor Tom Holland facing stiff competition this year from Chris Hemsworth of Thor: Ragnarok, Johnny Depp of Pirates of the Caribbean: Dead Men Tell No Tales and of course Guardians of the Galaxy Vol.2.

That was a lot of superheroes in one year! We do seem to have a preference for the supernatural, with Netflix series Stranger Things becoming the most watched Netflix series this quarter. At the 2017 MTV Movie & TV Awards, Best Show went to Stranger Things, so I wonder what it will do in 2018. Leslie Jones’s segments on the Late Night with Seth Meyers show actually broke the Internet more than Game of Thrones itself. And how can we not forget that really awkward at the Oscars when La La Land was accidentally announced as Best Picture winner? Awkward. La La Land still scooped six awards in total, which isn’t bad for a film not about superheroes.

In October, London welcomed a brand new theatre to the world. The Bridge Theatre will seat 900 and will allow audience members to be a part of the mob in Julius Caesar next year. YAY!

The Hamilton musical broke more records and created more headaches this year, and it hasn’t even premiered yet. The theatre is still not fully renovated yet and so premier dates had to be rescheduled from the 21st November to the 6th December, meaning 16,000 ticket holders were really angry. You would be too, considering some are tourists flying in from Germany to see what Michelle Obama dubbed “the best art I have ever seen in my life”. The 11 Tony award-winning show’s in the London run sold out in seconds and tickets are being sold on the secondary market for over £2,800 each. Hopefully, it will delight audiences by the end of 2017.

The Globe’s first female artistic director, Emma Rice, will step down from her role in April 2018. In 2017, she was named the Standard’s ‘Woman of the Year’ for her fearlessness, innovation and bravery. Her last season has been announced and is very female-dominated in terms of writers, with her own musical ‘Romantics Anonymous’ running this winter (which I’ve been told is divine!). Actress Michelle Terry is her successor and another girl running the world (the Globe for that matter!). She’s a fine writer and despite not directing anything on stage, she is the associate artist of the Royal Shakespeare Company. So, I’m looking forward to some more thrilling work at the Globe in 2018. Also, is she related to the great Victorian actress Ellen Terry? I would like to find out.

Despite the flashiness theatre, critically acclaimed ‘The Ferryman’ has been named The Play of the Year by Time Out. For a play set in Northern Ireland amongst a backdrop of troubles, this is a very interesting example of what we audience members want to see at the theatre. Grit and struggle. The show has extended the run to May 2018, so I will definitely get round to seeing this gem, which is concocted by the genius Sam Mendes.

‘The Ferryman’ was actually a transfer from London’s fringe theatre Royal Court to the dazzling West End. This year has been really good for transfers, with ‘Ink’ and ‘Hamlet’ from Arts Award Supporter the Almeida, being rehomed in the West End. Likewise, ‘Angels in America’ and ‘Yerma’ will be rehomed in Broadway in 2018, whereby its British stars Denise Gough, Andrew Garfield and Billie Piper will definitely cook up a storm. It’s quite surprising because ‘Angels in America’ is a two-part play, lasting over four hours. Well done to the audience for lasting through it!

For 2018, the theatre world has lots in store. These include a Tony award-winning production of The King and I, Pinocchio at the National Theatre and a rumoured Mean Girls musical. For 2017, I personally have seen so much theatre that picking a favourite should be a hard choice. It’s a close tie, but this year the National Youth Theatre Playing Up Company’s version of ‘Three’ had me feeling in places I’ve never felt before. Well done to the youth! This year I also made my own Edinburgh Fringe debut, in a five-star production no the less and definitely want to wish Voice readers a fabulous new year. 2017 has really been a gift to myself and I’m very excited to build upon it for next year.

Liked this post? Did it get you into the festive spirit? Why not discover how you can use your art skills to help others here. 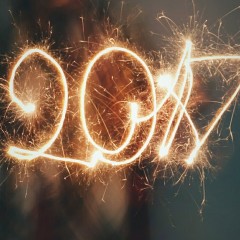 2017 has been a pretty good year for the arts. With political chaos creating as many headlines as it did headaches, how did the soothing arts world react? 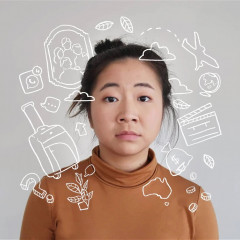