Voice MagBlogsChild stars are not…

Goodbye Christopher Robin reminds us once again of the cautionary world of children in the entertainment industry.

From Harry Potter to Disney, the 21st Century is littered with the good, the bad and the ugly faces of children in showbiz. Goodbye Christopher Robin's warning of the dangers of growing up in the spotlight is worth a watch for the YouTube generation.

Simon Curtis' latest film Goodbye Christopher Robin, depicts the success of A.A Milne's Winnie the Pooh, the children's book based on Milne's brief days playing with his son. The result of the book's fame brought overwhelming attention for the young Christopher Robin, causing him to resent his parents growing up.

In the modern world we see a similar situation, as former Disney child stars continue to populate tabloids, after their latest drink driving incident or rehab visit. Meanwhile, Britain can breathe a sigh of relief as Harry Potter's young stars Daniel Radcliffe, Emma Watson and Rupert Grint make it to adulthood unscathed. Whilst an awareness of protecting children in the film industry is becoming more widespread, we should be turning our attention to upcoming forms of media, where the territory is far more uncertain.

Many families make a living by daily vlogging their lives on YouTube, filming their day to produce 30 minute reality TV episodes, children in tow. With millions watching, we should be concerned.

Far beyond the irritating realm of simply posting an excessive amount of photos on facebook, YouTube parents share hours of content from first days at school to full blown tantrums. Growing up to become a brand, it is not hard to argue these parents are exploiting their childhoods.

Amidst the comfort vlogs may bring to other parents in need of days out tips or the latest reusable nappy review, many of these children are being asked to perform to a camera everyday, without knowing any better. They are growing up on public display, leaving little privacy for their future; flash forward to when that performing monkey leaves for university. They find that their flatmate already knows who they are, and has preconceptions built up already. All after watching them go on a trip to the zoo aged 10, right from their computer screen. Suddenly the performing monkey wants to reinvent themselves - better follow their other child stars and make an edgy pop tune about reinvention and revenge.

So in 2017 Goodbye Christopher Robin not only tells the story of institutionalised child neglect in the early 20th century, but perhaps more importantly asks a modern audience to consider the way we treat children in a new age of social media and the boundary between public and private sharing.

Don't let the YouTube stars of today be the Christopher Robin's of the past. 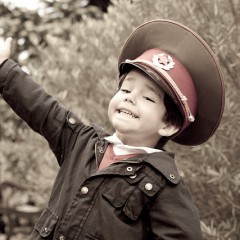 Child stars are not performing monkeys, when will we learn?

Goodbye Christopher Robin reminds us once again of the cautionary world of children in the entertainment industry.