Social media is a constant and up in coming way which people can use to express themselves. However how much can be classed as expression. In my article I explore this idea.

Since the late 1990's Social media has slowly became a way for both the young and older generations have been able to communicate with one another from all around the world and express their feelings on various subject matters. From My space to Twitter and Facebook to Instagram, social media has grown into a worldwide phenomenon which you can use to share photo's, video's and let people know a bit about your life.

Social Media is defined as "The collective of online communications channels dedicated to community-based input, interaction, content sharing and collaborations."

However as social media has grown and increased in size our lives have started to revolve around the little button 'Post'. Engaging over 2.789 billion people worldwide, with annual growth since 2016 being up by 21%. As well as this through the use of apps to make it easier to access some of our favourite social media sites, it is no wonder social media dominates lives around the world.

But with the advancement of social media, how much is personal expression of emotion and life or just a personal overload of details which the rest of the world really didn't need to know. Where social media has grown from blogs which were once used to give insight into people's day to day life or the important moments in life, the new modern equivalent seems to be full of memes and a second by second account. While I, for one am hooked to my phone, my daily facebook feed is filled with mindless video's and quizzes to tell you all the different things you're suited for or who would you end up in jail with. It seems every day it fills up more with photo's of the meals you're eating or a hour by hour account of someone's life. How much of this do we really need to know though?

Merely a few years ago, we only found out about one another's lives through meeting for a catchup or huge phone bills from hours of chat. Important news was shared face to face and social media was a fun way to share exciting moments which you were saving for life. We didn't have to worry about 'hacking' and being 'spammed' or protecting our lives from being accessed by every Tom, Dick or Harry. Life was private which made the things which were shared special.

Yet, while I agree social media is a great way to express your feelings whether it be happiness, anger, sadness or any array of the emotions on offer, I feel that expression is something which is purposeful. Something which shows the world who you are and create a personal identity. Expression is defined as "The act of making one's thoughts and feelings known".

However I ask you the reader when does expression become overload of information which you really don't need or want to know? What does social media really present to you? 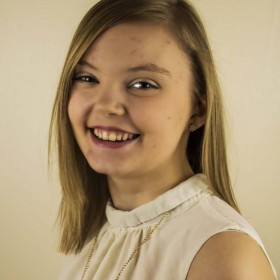 I am an apprentice youth worker who is currently completing my Gold Arts Award as well as being a Discover & Explore advisor. :) 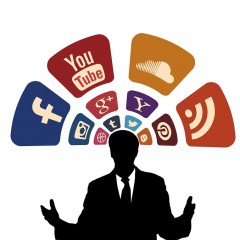 Social media is a constant and up in coming way which people can use to express themselves. However how much can be classed as expression. In my article I explore this idea.