Voice MagBlogsIs Dance a Sport or…

There has always been an ongoing debate about whether dance is a sport or an art and there are a variety of social groups who have opposing views. I believe that dance is both a sport and an art however I'm interested to get a variety of view points for my Gold Arts Award!

Is Dance a Sport or an Art?

There has always been an ongoing debate about whether dance is a sport or an art and there are a variety of social groups who have opposing views. I believe that dance is both a sport and an art because of the physical requirements it involves as well as the happiness it brings people when they watch it, just like the way people receive a painting or drawing. By definition, a sport is an activity involving physical exertion and skill in which an individual or team competes against another or others for entertainment, which dance does and by definition art is the expression or application of human creative skill and imagination in producing works to be appreciated primarily for their beauty or emotional power. By both of these definitions, it is clear that dance could be categorised into either or both of them so why is there still controversy around this issue?

There are many aspects to consider when giving your opinion on whether dance is a sport or not. I believe there are many feasible reasons as to why dance is a sport. One article from 'theodysseyonline' says there are ten reasons as to why dance is a sport. The first, and most important, in my opinion, is the stamina required when dancing. Dance can be either an aerobic activity or an anaerobic activity. When done for short periods of time, dance is heavily anaerobic because as dancers we use all our oxygen up at once meaning that, like sprinting, we can only work for a short period of time. There are also scenarios, like during performing where dancers have to perform non-stop for over an hour at a time, just like long distance runners. Another, equally important point made in this article was that dancers are constantly competing, Just like in any other sport. This can be done through dance competitions which are more common in street, hip-hop or freestyle where teams and dance schools compete for money, trophies or other prizes, just the same as any football or basketball team. Professional dancers also have to compete for work. Every time dancers go for a job, they have to compete against others to be successful. Another article from 'dancecobnsortium' describes dancers as 'athletic' and says that 'dance critics are describing dancers as athletic'. This shows that dancers are beginning to be classed as athletes alongside 'proper sportspeople'. Lastly, dance is dangerous and can cause a variety of lifetime injuries. Dance can also cause paralysis. Some dancers may train for years to then come across an injury, which may stop their career forever. This is also a common issue in sport and can damage someone's career in either field of work. Looking back at the definition, 'sport is an activity involving physical exertion and skill in which an individual or team competes against another or others for entertainment' I think that dance covers all of the elements which would allow it to be categorised as a sport; there is an ample amount of physical exertion involved and there is a very clear, high level of skill required. As covered above, dance is competitive in many ways and definitely entertains so for this, I believe dance should be classified as a sport.

Dance has been classified as an art for many years alongside fine art, photography, drama, music and sculpture. If you were to Google the definition of art, it would say that art is 'the expression or application of human creative skill and imagination, typically in a visual form such as painting or sculpture, producing works to be appreciated primarily for their beauty or emotional power.' When I read this definition it makes me consider that maybe not all dance is art and that some styles aren't classified as an art, however just because something doesn't appeal to me, that doesn't mean that somebody else can't think it's beautiful. I think that dance is an art because you're able to tell a story without using words. Although this may be clearer through contemporary or ballet, every piece is created by the choreographer with an artistic style and direction in mind. Even choreographers who use an abstract style when choreographing will have a reason behind it. Like any other art, dance allows the audience to make their own judgement on what the story is, so someone who sees a very clear narrative structure in a piece of movement may not see any structure in a similar but different piece. Additionally, the way in which dancers have to work with the music is an art in itself. Choreographers often use what is called direct correlation when creating new material. This means that some of the actions which the dancers perform will make the audience hear things in the music which they may never have heard before. Two choreographers could create something to the same piece of music however the music could sound completely different in both performances throughout the way the choreographer uses the different layers of the accompaniment.

Dance should be called a sport for a few reasons. I believe that if dance was to be classified as an Olympic sport then instead of little girls perusing dance at such a young age, boys would be fighting for a place in the dance classes. This is a problem because there needs to be variety and many boys who are big in the dance world, didn't begin their career until their mid teens. If dance were to be a sport in the Olympics then it would be more accessible to the public eye and therefore young boys could aspire to be like Matthew Bourne instead of aspiring to be Wayne Rooney. If there was more of a buzz around boys dance then it would get the message out because like the Guardian says, 'dance has always employed more women than men.' Another stereotype which comes alongside dance is that it's only ballet. People often forget that there is a wider spectrum of styles that just classical ballet. Although ballet is just as demanding as any other style, many would say that it's least like a sport and not look any further meaning that their final evaluation is that dance is not a sport. Despite the fact ballet is just as challenging as any other style, I can see why on the outside, it may simply be seen as an art form however if you take the time to look, you can see it is so much more!

Some people would still disagree that dance is a sport however, Many people have a strong opinion that dance is an art, with no queries. One of the main reasons people may argue that dance isn't a sport is because it isn't in the Olympic Games. Dance is very often compared with gymnastics, especially rhythmic gymnastics, which is a popular event in the games. Having done competitive gymnastics for over 10 years myself, I can confirm that they are very different however, they do have overlapping areas of comparison. One of the four components of women gymnastics is the floor where gymnasts will complete a series of tumbles, jumps and turns which are bulked out by dance movements. This aspect alone can be compared to dance however I believe that it requires a very different skill set. Gymnasts have all of the same qualities as dancers however they train for two very different things, dancers train in dance, with small amounts of acrobatics involved and gymnasts train in gymnastics, with small amounts of dance. As one source, http://www.masslive.com, points out, there are a variety of sports which aren't in the Olympic Games such as climbing, darts, American football, cricket and baseball; however no one would ever really think to argue that they're not sports because of it so why should dance be any different?

I thought that it would be interesting to gather views from the public about their opinions of dance as a sport. I asked a series of questions to 100 people to see if there were any trends in the data and I was surprised at what I found. The first question I asked people was if they had ever participated in dance activity and out of the 24 people who said they hadn't, 42% said they thought dance was both a sport and an art form. This result interested me because even though a higher percentage (58%) said they thought it was just an art form, I thought that fewer outsiders would see dance as a sport. Out of the people who have done dance before, 78% said that they believe dance to be both a sport and an art which is a much higher percentage than the outsiders. I predicted this result to be higher because people who do this type of activity every day understand the elements which dancers think make it a sport which may only be seen from the inside. One respondent summed up why dance is a sport and an art saying, 'although dance is a form of entertainment, it also requires many athletic qualities'. This combines the two things and shows that people do understand that dance is more than just a pretty performance.

Overall, having looked at many aspects of this argument over the past few weeks and looking deeper into the issue, I still think that dance is more than just an art. I strongly believe that there are many aspects which put it on the same level; or above many different sports, and I have also proven that just because it isn't in the Olympics that doesn't mean it's not a sport. If dance were to be in the Olympics then the struggle to recruit boys would be minimised however it takes more than a few dancers to make a change like that! My survey showed that both people on the inside and outside of dance would agree that dance is a sport and an art with a few exceptions; however everyone is entitled to their own opinion. I can understand that some people disagree that dance is a sport however it is impossible for everyone to have the same view about anything! 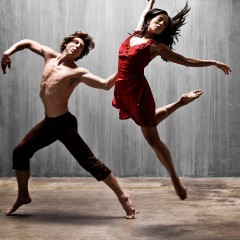 Is Dance a Sport or an Art?

There has always been an ongoing debate about whether dance is a sport or an art and there are a variety of social groups who have opposing views. I believe that dance is both a sport and an art however I'm interested to get a variety of view points for my Gold Arts Award!