Voice MagBlogsBeing a U2 fan under…

U2? Aren't they that band from the 90s? Sure, but that doesn't mean millennials can't enjoy their music too...

It's no secret that a conscience can sometimes be a pest

It's no secret ambition bites the nails of success

Every artist is a cannibal, every poet is a thief

All kill their inspiration and sing about their grief…

That's my earliest U2 memory: being dropped off at nursery school by my dad to that sweet, innocent, childhood rhyme of "The Fly". Long car journeys through the English countryside were filled with "Gloria" and "Rejoice" so loud it seemed to make my ears thump. I loved it. 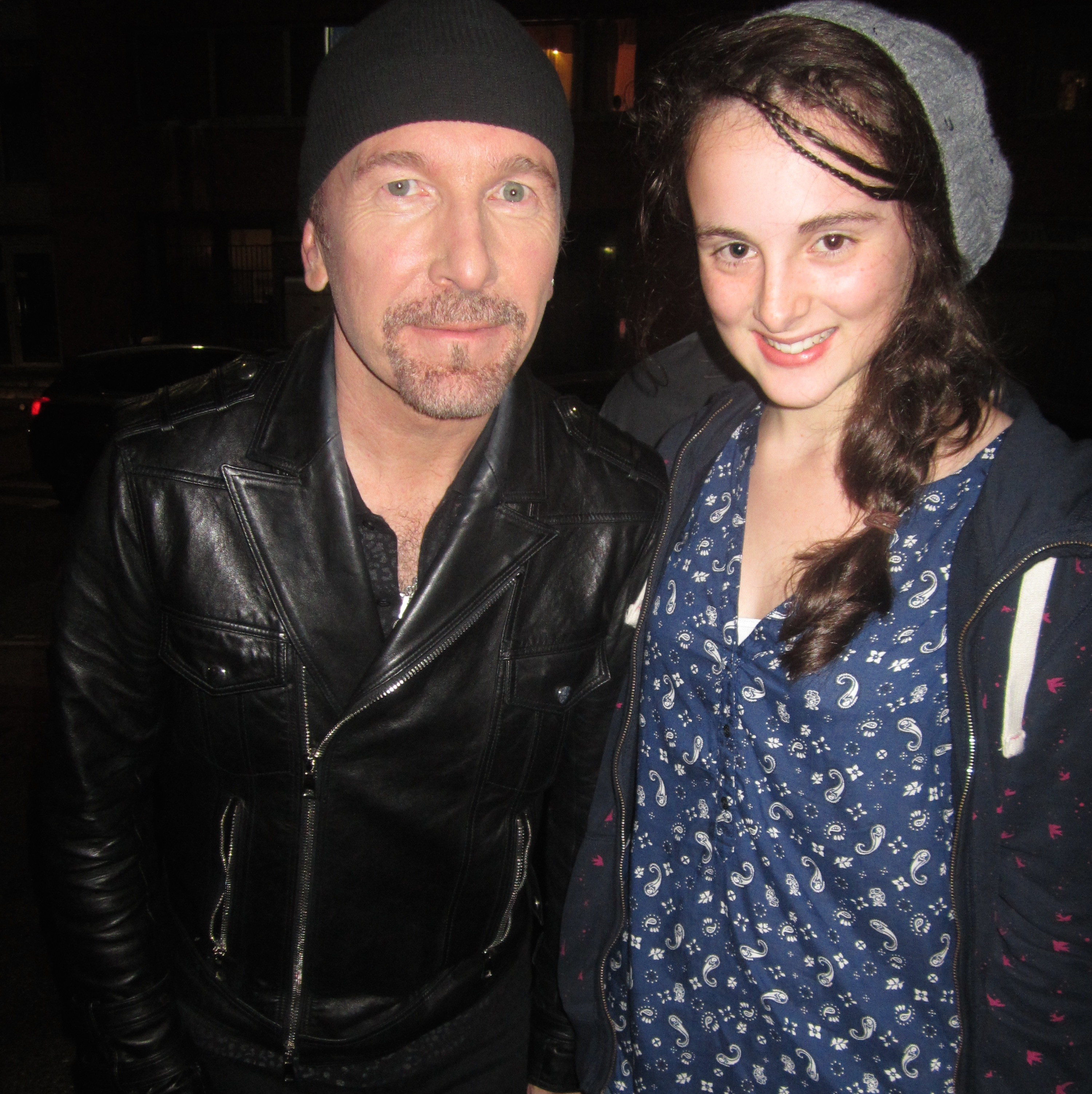 My brother and I would duet to "Where the Streets Have No Name". We would fight over whose Edge impression was best (his – he has the beanie – but my Larry wasn't too shabby). Soon my wall was covered in ZooTV printouts.

In 2011 we holidayed in California to visit family. My uncle gave me an iPod and together we sat down at his laptop and began scrolling through all his music. "Beatles?" he asked, laughing, "I've got plenty of that." No, not Beatles, but something similar… As U2 flashed up on the screen I beamed. And for the next couple of weeks, as we drove through the Arizona desert, "In God's Country" and "Trip Through Your Wires"really began to take on significance as I observed their inspiration all around me: the dizzying heatwaves and auburn rocks sparkling silver in the sun.

When I was a young teenager, my contemporaries bought posters of U.K. boyband One Direction, but I would watch the 2001 Slane Castle concert every night until I knew the look Bono and Larry exchange during Pride to the millisecond.

September 10, 2014. At 7am I was reluctant to move from beneath my duvet, but not for much longer; my dad's exclamation followed by thudding up the stairs warned me of something abnormal. A few minutes later, I was devouring the double-page feature in the newspaper, relishing each word. A U2 album released when I was a fan. Not 20 years ago, but now. I treasured the moment and also that sweet, sweet "download" button. Free.

For me, being a younger U2 fan centres on "No Line On The Horizon" and "Songs Of Innocence". Since these were the albums released during my fandom, I feel as though I can connect with them much more than my dad's favourite albums: "October" and "The Unforgettable Fire".

My very first gig: I+E at The Forum near Los Angeles. I remember wearing my custom T-shirt that boasted a photo of Edge and me outside the London ITV studios.

To me it was the strangest sensation, seeing those four people I had idolised on YouTube for so long. There they were, swaggering onto the stage, lights reflected in shining leather and sunglasses. 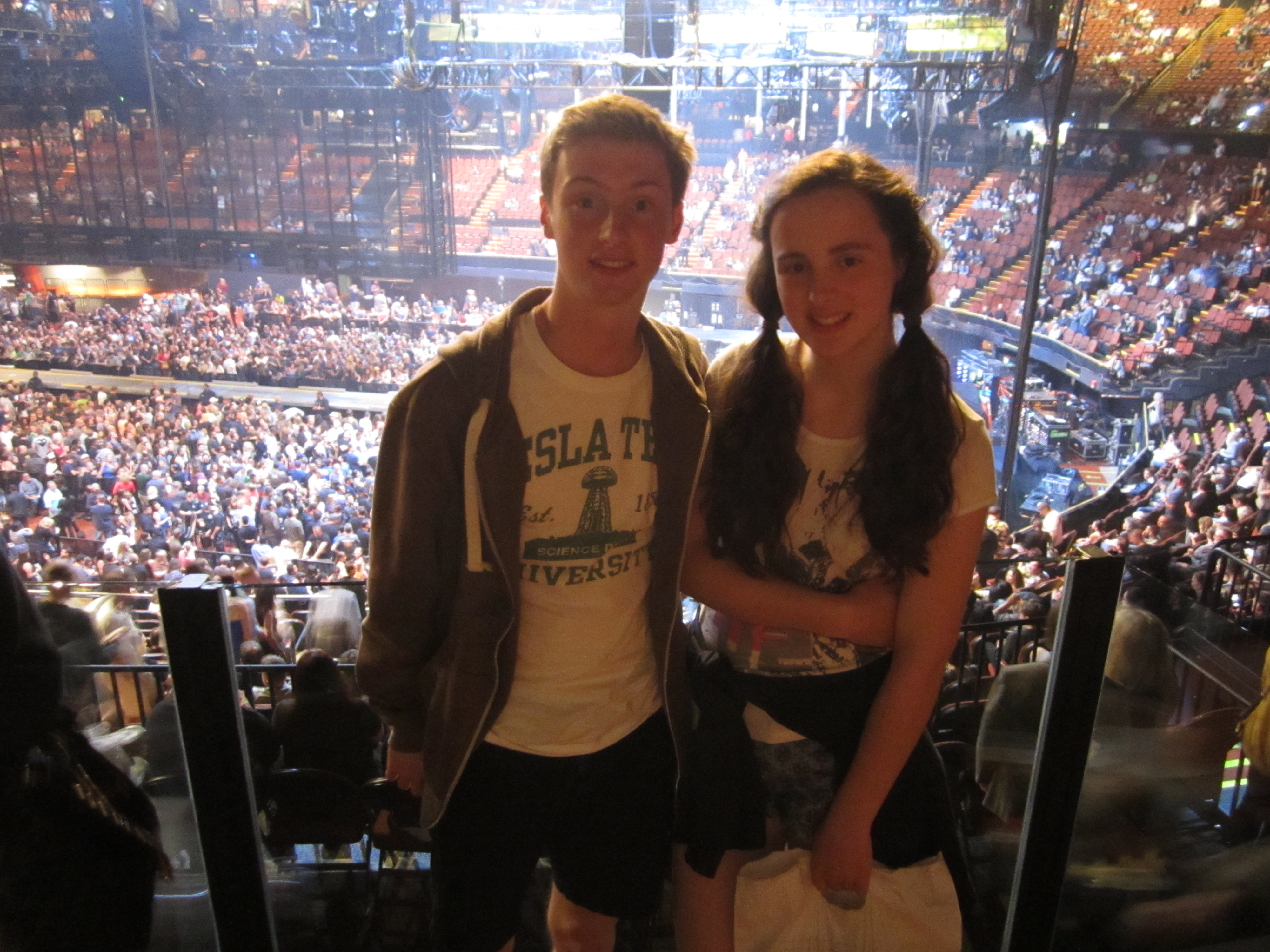 Post-interval. The stage flashed saffron and the tension raised us all to screams. My dad leant across to me, mouthing, "What's this one?!" That one I listened to nonstop last winter: "Invisible". He didn't know their modern songs very well – no, this is my era. Since that performance, however, we listen to U2's newer music all the time.

After the show, I remember catching the eye of a girl about my age – we were evidently both surprised to see another teenage fan attending the concert. She was with her mum; I was with mine. All around me were middle-age fans, most sporting their Rattle and Hum shirts. So there are other millennial fans, I realised; perhaps not in the English countryside, but as I attended more live shows back in the U.K. I realised just how many young fans there really are out there. 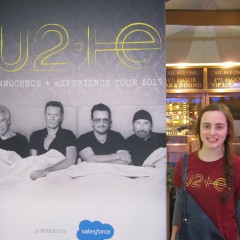 U2? Aren't they that band from the 90s? Sure, but that doesn't mean millennials can't enjoy their music too...