In December 2015, I was asked to take on a co-ordinator on a new project funded by Trinity College London called 'Gold Hub'.

It would involve curating an area made up of a few pages on the site, which hosts the Arts Award Voice magazine. Gold Hub is designed to be a source of resources and help for people doing their Gold Arts Awards and looking at their arts practices after Arts Award.

I was responsible for creating content, building and curating the pages, and facilitating the creation and collection of user-generated content by other members of the Arts Award Voice team. It was pitched to me as my first paid freelance arts leadership project so I was both excited to reach this achievement and extremely concerned about doing it wrong. I'd been a part of arts projects in the past but never managed one let alone a remote project.

It was remote because the people who would contribute to Gold Hub's initial build were from all over the country. The Gold Hub team was made up, primarily, of Emily, the Editor of Arts Award Voice in London, and Luke, the Project Assistant Apprentice at Unit Twenty Three in Norfolk who built Arts Award Voice. In addition, the Arts Award Youth Activist team who are based all over the country was to provide their own content and send in resources and example portfolios.

I spent January building the pages, designing graphics and putting the building blocks together for different areas designed for different types of content. It was to consist of two new pages and re-vamping an existing in order to make it more useful. I put together a Welcome page with categories Inspiration, Opportunities, Resources, Golden Questions, and Gold Expo.

Inspiration linked to another Gold Hub page; more on that later. Opportunities linked to Voice's list of Opportunities put there by Arts Award Centres, Supporters, and miscellaneous arts organisations. Resources showed them examples of Gold portfolios created entirely online and pieces on Voice, which were directly related to the Gold Arts Award. The Golden Questions linked to an FAQ page about the Gold Arts Award. Finally, the Gold Expo is an event being held in June, which will showcase and exhibit work from artists Gold and beyond as well as provide some entertainment and workshops for young people from Arts Award centres all over the country.

Once the pages were built, it was time to populate them will content. While the build was happening, I was being sent the portfolios of the Arts Award Activists who had completed their portolfios. If I had their entire portolfios, I put them in the Resources section as exemplar. If I was sent a section of a portfolio, I would post it as a piece on Voice. At the same time, Emily was tasked with trawling through content on Voice and tagging it with 'Goldhub' if it were useful for the Hub. Luke was tasked with contacting Arts Award Centres on social media about the possibility of featuring them on our own social media.

Once all the mechanics were in place to replenish the content organically, it was down to me to simply update the Hub weekly making new lists of content and resources.

When I had a brief to read, I was able to discuss the plan of action as far as re-designing and scheduling tasks. 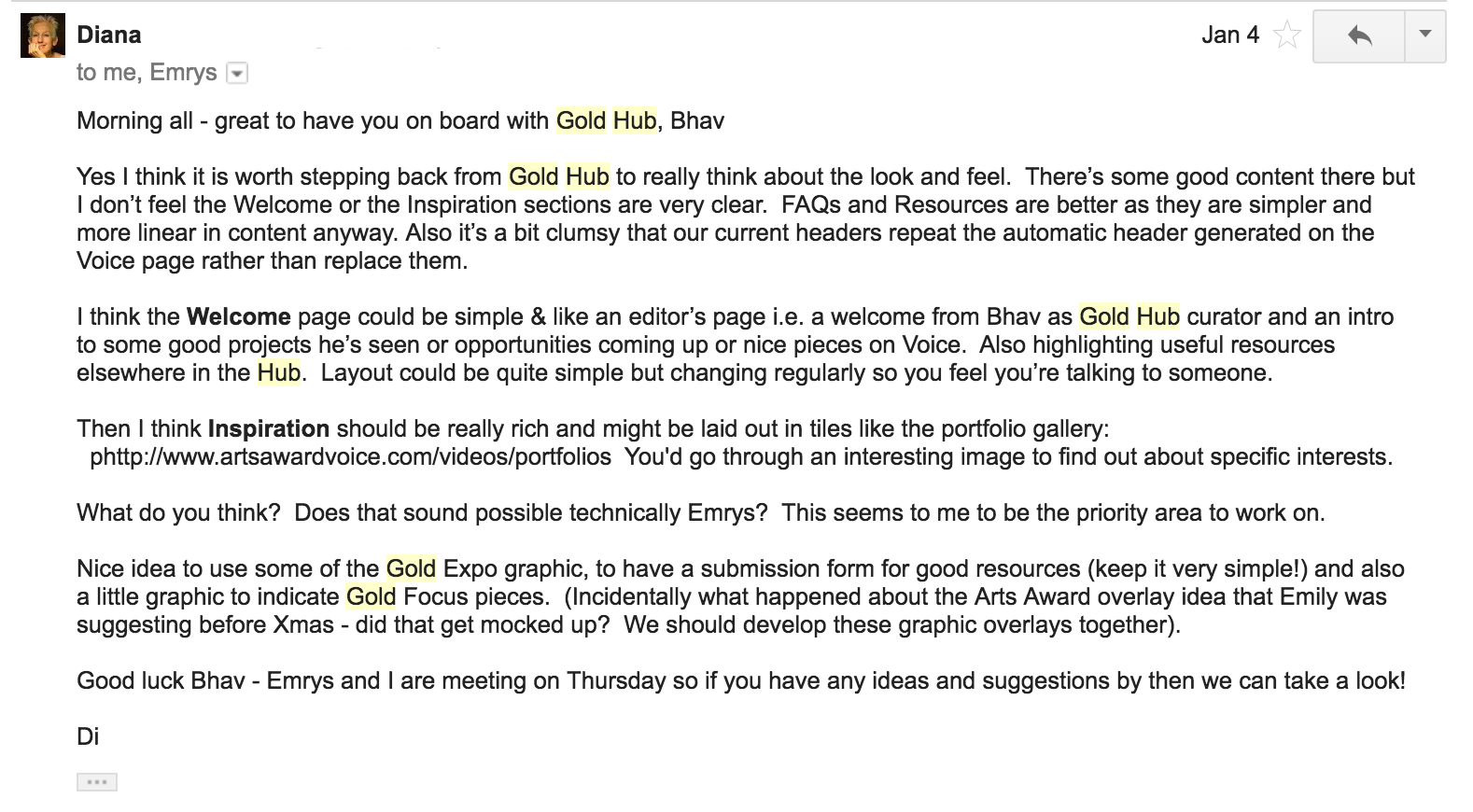 And was allowed to share the plan with the GH team: 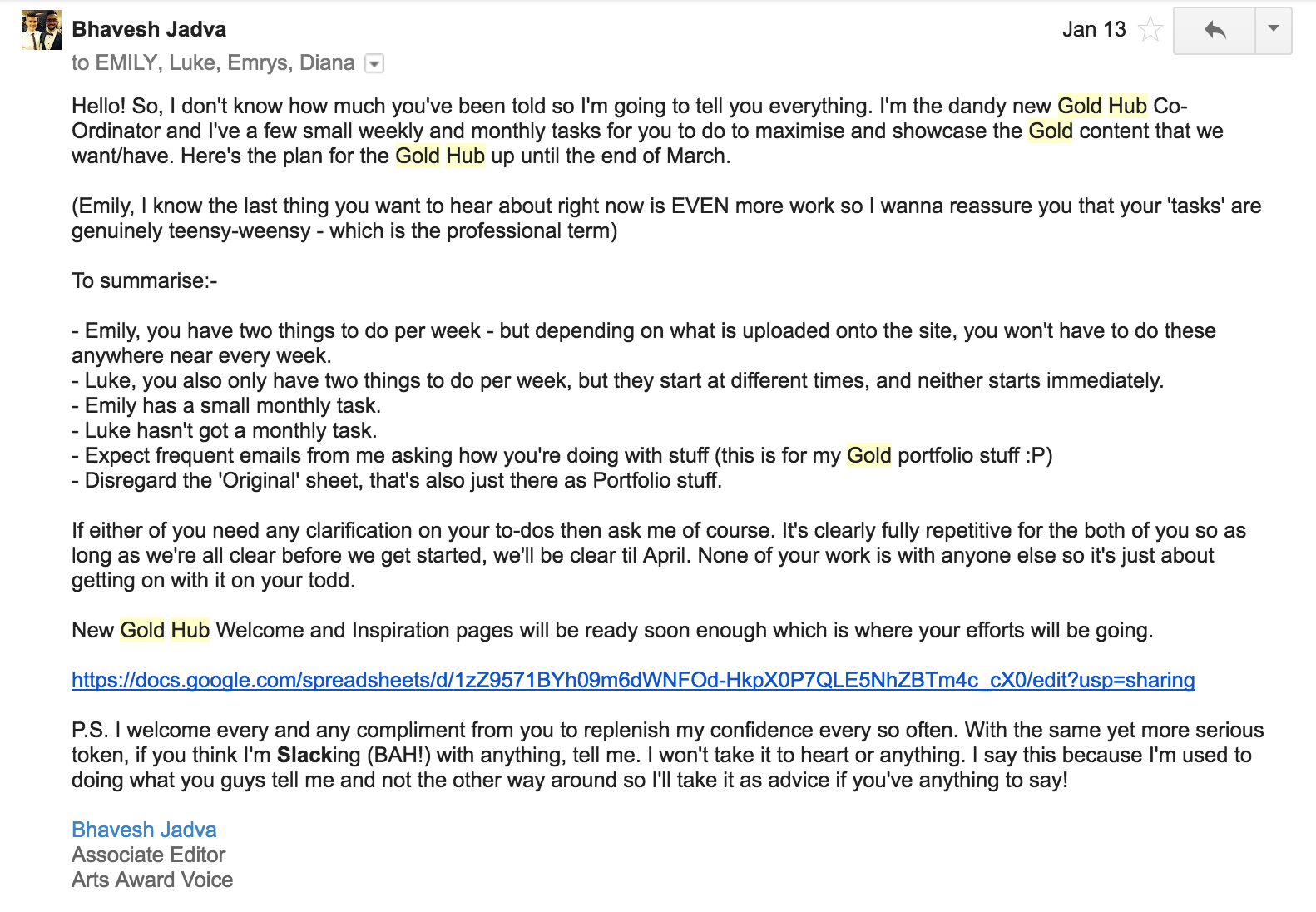 In the first week on January, I sent a list of what was expected from the Arts Award Activist:

How the Arts Award Activists can contribute to the Gold Hub

And here were their responses:

At one point I asked for functionality which would directly pull links to articles onto the Gold Hub without the need to create new graphics from which I could link in the same way as is done on the Voice Homepage: 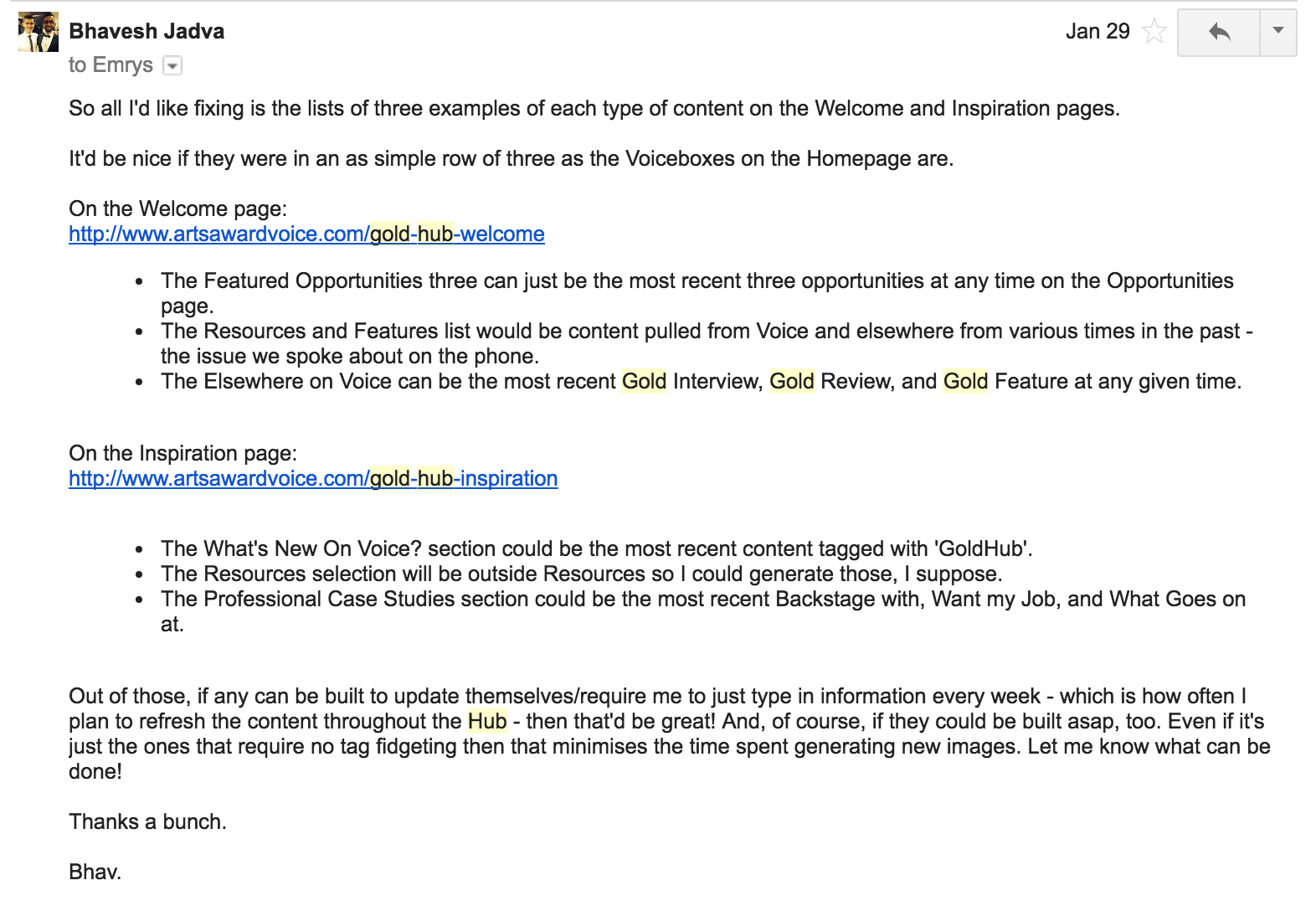 But it was a case of investing too much time and money into building the templates. So, I would go on creating the graphics myself.

In the second week of February, after the area had been used a bit, we sieved through any issues there were with functionality and ease of use and listed the aspects to remedy.

Co-ordinating the Gold Hub alongside doing the internship at Warp was pretty arduous. Because of the daily travel to and from Sheffield, I had an hour a day between work and sleep. I did have weekends, but in building the website, a lot more time was needed than I expected. Especially to get it up to my own standards.

This was a problem that I couldn't get around, really. I just had to commit a lot of time to get the Gold Hub functional and renew every resource and graphic every weekend, and shout about it on Arts Award Voice's social media.

On reflection, looking at the initial Gold Hub plan, I feel like things were fairly well implemented and the content was very well produced.

I remember when I was offered the Gold Hub job. I was so reluctant to pick it up but a part of me said it's stupid not to pick it up just because it's out of my comfort zone. I was at a difficult part of my life during which I was in a self-diagnosed lull after being at home for six months following graduating. I knew I would have all the support I needed from Emrys and Emily and Diana and I knew they would tell me when I did something wrong. It was the same feeling I felt when I was invited to the first ever residential for the Arts Award Youth Participation Project which is now known as the Arts Award Activists. I tackled that to now be Voice's Editorial Associate so I wouldn't have been being honest with myself if I turned down the job.

Of course, I was being irrational. I learnt how to build pages using WYSIWYG HTML code and I got to spend a lot of time making pages look pretty, which was a perk rather than a chore. I was given the opportunity to look at young people's work and create a directory to help out young people going through the exact same process I am. While it's not a project that gives written or official feedback - it's simply cancelled or renewed like a TV programme - I think it speaks volumes that I've been installed as the Gold Hub Co-Ordinator as a part of my job description.

I think it looks pretty, is functional and basically serves its purpose. The target for the initial period was 50 interactions. It's a complicated breakdown but basically, from the project's period of January to March, we got ~270 about which I'm pretty happy. 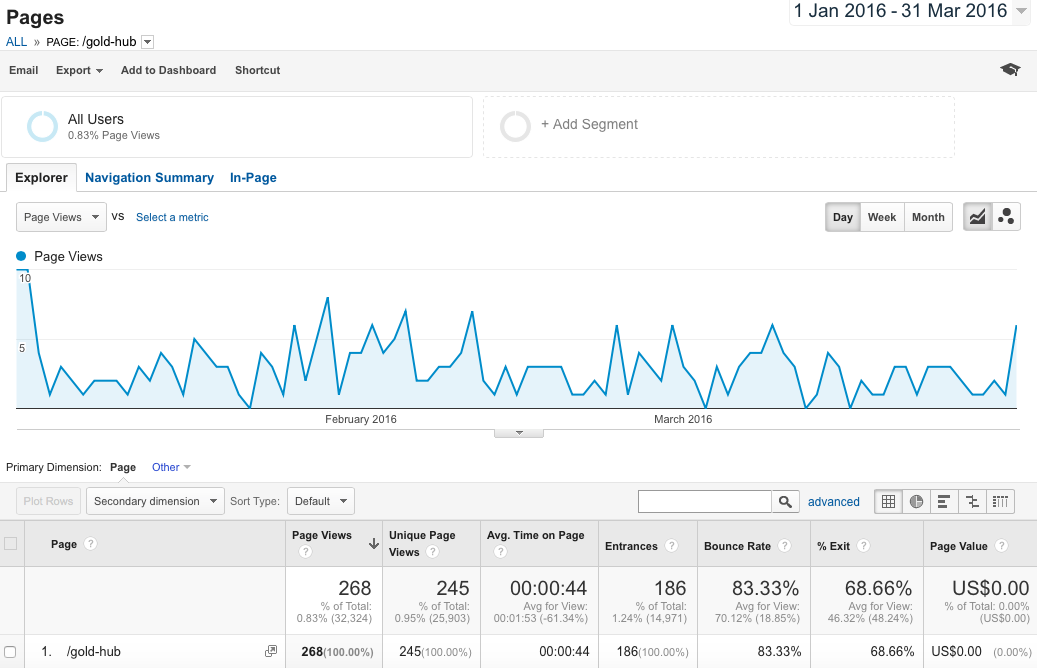 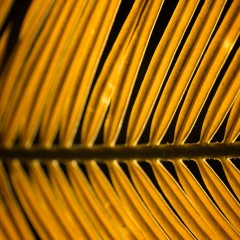 In December 2015, I was asked to take on a co-ordinator on a new project funded by Trinity College London called 'Gold Hub'.