Arts education is not effective in demonstrating the value of the arts to young people.

Arts education is not effective in demonstrating the value of the arts to young people. This is an argument that I want to make as part of my Gold unit 1; forming a view. To do this I will share with you two interviews I conducted with young people who recently left or are still engaged in their arts education.

How many years of arts education have you had since secondary school? (If more than the required, why did you make the decision to continue it?)

6, I chose to continue with art because I liked it a lot.

What was the highlight of your arts education if any?

Seeing the Jenny Saville exhibition at the Modern Art Oxford during A level.

Did you go on any educational visits during your arts education and how did they affect you?

Yes, a lot or irreleveant ones though, they just try and get trips into the course to say they've been places, but it didn't link with my work, didn't provide inspiration. Jenny Saville was the exception because it inspired me a bit.

What value do you think the arts have in your life?

They make me feel worthless, like I'm not good enough, I can't do anything right, because unless it's conceptual teachers don't like it. They have a certain criteria that if you don't fit it then you won't get the top grades even though you put a lot of effort into it.

How much do you think you engage with the arts?

I have gone out of my way to be involved in the arts, it plays a big part in my like but I feel discouraged by the curriculum of arts education, it's very limiting.

Was your arts education lacking at all?

Were your different career pathways in the arts ever explained to you?

No. never. I was told anything like that, just that art was the easy subject that less academic people did, people that weren't clever enough for the real subjects.

There are different kinds of artist and none should be valued more than the other. I pnly do art because of personal interest not because of education at all, it has dragged me down and I am doubting myself. Teachers are biased, because If they like a certain type of work, and that's not you're style, then it makes you feel shit, like their personal tastes in other people's work detracted from my own education.

How many years of arts education have you had since secondary school? (If more than the required, why did you make the decision to continue it?)

6, It was something I enjoyed doing and wanted to get better at

What was the highlight of your arts education if any?

My final year of GCSE art, because of the amount and size of work I accomplished

Did you go on any educational visits during your arts education and how did they affect you?

No. I would have liked to though.

What value do you think the arts have in your life?

From my experience I can understand when something is well done, I can appreciate it more, like I look at it and can appreciate that a lot of time and enegery went into it, but I think I am that way because of outside factors, it's not a result of my arts education.

How much do you think you engage with the arts?

Don't think I engage with the arts at all at the moment.

Was your arts education lacking at all?

Yes, it never felt it was there as a subject for us to achieve anything in, we didn't experiment much, we were just carrying on the simple stuff we've already learnt. It would've been nice if it had further points to it, and if they made us feel like we were actually achieving something.

Were your different career pathways in the arts ever explained to you?

No we were never told about any pathways to careers, no, they were seen as less important subjects.

The arts departments did lack budget. It felt like people saw it as a joke subject. I would have engaged more if my arts education had been better, because I did enjoy it.

From my research and interviews I can conclude a few things. Firstly, it would appear that young people today do not feel like their arts education was good enough, I cannot say this applies to all young people though. If there are some people who have (hopefully) had very good well-rounded arts education then the only thing I can say for sure is that there are massive inconsistencies with the way the arts are taught in our schools. I don't think it's right that people should miss out on being educated and having the chance to experiment in the arts and self-expression just because their school does not value the arts, whereas another school ten miles away might prioritize it more.

One of the most interesting responses I found during my interviews was that a young person who had been so discouraged by the arts was still putting so much effort into making it a part of her life and studying it further. I think this is a testament to this person's dedication and love for the arts, and personal strength in order to overcome the feelings that were a result of her teachers and curriculum. I wonder how many other people were so discouraged that they depleted the strength and love for the arts they had left and simply gave up in favour of more 'academic' subjects.

I had expected to come across people that had been on educational visits during their arts education, and had predicted positive responses from them. However, I was again surprised by the idea that they thought the trips they had been on weren't enriching at all, and were simply a product of the school wanting to tick boxes, without thought to how it would benefit the students. I am intrigued by this response, wondering if this young person's opinion is the truth of the matter or if they simply feel this way because they found no inspiration and were not effectively encouraged by their teachers and mentors.

Taking these interviews and my own experience of arts education along with opinions I have come across during numerous conversations throughout my role as an arts award youth network activist, I must say that it seems our arts education is very discouraging and uninspiring. Most of the encouragement that young people find appears to be from a single source within a school such as a particularly encouraging teacher or various outside sources.

Although this was a small study I feel that this goes some way to demonstrating that some changes could be made to improve the way that our schools present the value of the arts to their students. They should not be an afterthought or a plan B for the 'less academic' or 'troubled' students to simply keep them occupied, it has much more value than that and my hope is that people who truly have a connection with the creative subjects are able to continue to overcome the negative ways they are viewed. 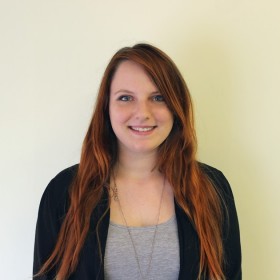 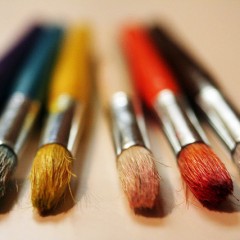 Can young people fully understand the importance of arts in our current system?

Arts education is not effective in demonstrating the value of the arts to young people.