"I found it so unjust that just because of my circumstances I had to give up on my dream. I was determined to find another solution."

There is always a turning point, a moment when things become clear, when we realise what we like and who we want to be.

I was just 11 years old, and I was out shopping with my family when the news of the attack on the World Trade Center in New York broke. Suddenly, I no longer cared about the shopping. All I wanted to do was watch the news to find out what was happening on the other side of the world. I remember I spent that evening and the following days watching the news on TV and reading newspapers.

I just could not stop.

It was then that it became clear that I wanted to be a journalist.

What I did not know at the time was that about 13 years later that dream would have been hanging in the balance, demanding lots of courage and though decisions.

I was born and bred in Calabria, one of Italy’s poorest regions. My mum and dad, who have always worked as a cleaner and a porter respectively, soon made me realise that education was my only hope for a better future. They always respected my dreams and my aspiration to become a journalist.  But to get into the industry in Italy aspiring journalists are usually required to have a degree, possibly a Masters, and then either attend an expensive journalism school or work as an apprentice for months (in a country where there is no minimum wage).

I always believed that I could do all of that, and that somehow I would have been able to pay for a journalism school.  It was only at the end of my time at university that I had to come to terms with reality: I could not afford to become a qualified journalist in Italy.

That realisation hit me like a bucket of cold water.

The obvious option was to get into a different career, after all, I had a degree in Classics and I could have easily become a teacher.  Yet I never considered that idea. I found it so unjust that just because of my circumstances I had to give up on my dream. I was determined to find another solution. The fact that I could not become a journalist in Italy did not mean that I could not become a journalist somewhere else in the world.  The only problem with that was that I was only fluent in Italian and did not speak any other language. But I was so naïve that I did not think about that too much. I bought a flight and moved to England.

It was the end of 2014, I did not speak much English, but I was adamant to make my dream come true.

I spent the first two and a half years in the UK doing various jobs from working as a waitress to selling jewellery in a jewellery shop, until I found out that the NCTJ was running a distance learning course. That was all I could afford so I bought it and started using my days off and holidays to do work experiences in local newspapers in the south of England. It was after a few months that I was offered a job as a trainee reporter in a local newspaper in Southampton.  Great news you’d say. But the excitement soon faded. Writing for a local daily newspaper, in a foreign language and in a foreign country while adapting to a new culture and audience was extremely hard. And I must admit there have been times when I thought I would give up, but despite the difficulties I did not.

After all that effort, I had to make it work. And so, although it took me a few years, in 2019 I finally qualified as a journalist and soon after I became a qualified senior reporter. 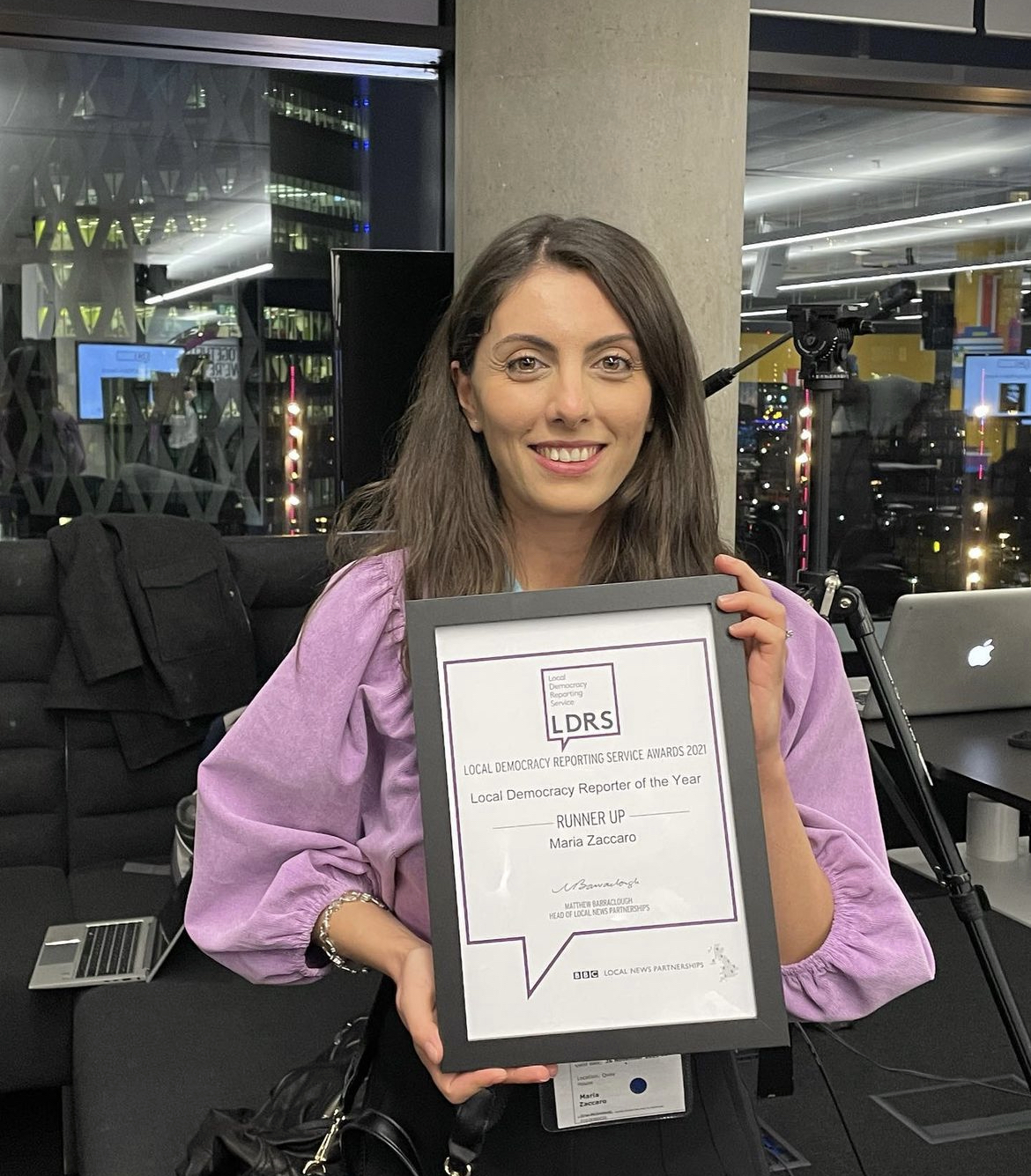 In the end it all went well. But it was in 2021, when I wanted to go for a new job and challenge, that I felt a bit lost again. After all, I had never attended a face-to-face journalism course and I had never had a mentor. It was then that I found out about the John Schofield Trust and its mentoring scheme. I applied and I was successful. In January this year, just when I joined the BBC as an online journalist, Tom Rayner, the editor of digital political coverage at Sky News, became my mentor as part of the scheme.

That was perfect timing and I could not have asked for anything better.

Having a mentor when starting a new job made a huge difference. Tom has been there every time I needed advice and faced challenges throughout this year. He guided me, helped me navigate the industry, gave me honest and precious advice, offered me different points of view and I genuinely learnt a lot from his experience.

I will always be very grateful to him and the John Schofield Trust for giving me this opportunity.

But as my year on the scheme is about to come to an end, there is one big takeaway I want to share: never give up!

Getting into this industry is hard, that is a fact. But there are plenty of people out there happy to help. You just need to ask, and always remember that where there’s a will there’s a way. 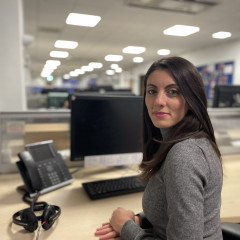 "I found it so unjust that just because of my circumstances I had to give up on my dream. I was determined to find another solution."