Voice MagBlogsA guide on the UK…

The son of immigrants

Rishi Sunak’s parents migrated to the UK from east Africa, and both are ethnically Indian. Rishi was born in Southampton in 1980 where his mother ran a pharmacy, and his father was a GP. Rishi Sunak’s family has a background in entrepreneurship, hence his family’s success. Both of his parents were born and raised in Africa.

Only been an MP for seven years

Rishi Sunak was first elected as an MP in 2015 for Richmond in North Yorkshire. Despite his short time as an MP, he was quickly made finance minister in February 2020 under Boris Johnson, just one month before the first Covid lockdown.

One of the richest MPs

Rishi Sunak is married to multi-millionaire fashion designer and entrepreneur Akshata Murthy, who is the daughter of Indian billionaire Narayana Murthy. Rishi Sunak has worked for investment bank Goldman Sachs and two hedge funds: the Children’s Investment Fund Management and Theleme Partners. Their combined net worth is estimated at £730 million.

Had authority of providing financial support during Covid

As the finance minister/chancellor under Boris Johnson, he was in control of financial aid during all lockdowns. Rishi Sunak introduced the furlough scheme in March 2020, paying 80% of employees’ wages for hours they cannot work during the pandemic. The furlough scheme lasted 18 months and cost the government billions. He also introduced the “Eat Out to Help Out” scheme for restaurants. This scheme was introduced to support and create jobs in the hospitality industry to counter the economic impact of lockdowns.

Campaigned for Brexit and deregulation

Rishi Sunak has had a long-time favourite idea, which is “free ports”. Rishi Sunak wants areas near docks or airports where goods can be imported and exported without any tax being paid. This will increase and encourage trade within the UK and other countries and increase globalisation.

During the summer, it appeared Akshata Murthy paid zero tax on big revenues from abroad. Rishi Sunak safeguarded his wife and said: “To smear my wife to get at me is awful”. His wife eventually agreed to start paying extra taxes on high earnings. The former chancellor faced pressure in April 2022 after his wife may have avoided up to £20m in UK tax by being non-domiciled. 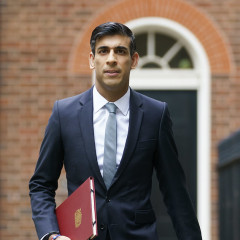 A guide on the UK's new PM Rishi Sunak 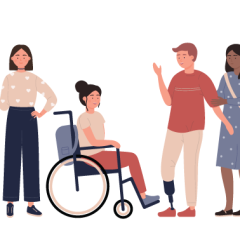