This Nicholas Ray classic is one of the most famous films of all time. How does it hold up?

Rebel Without a Cause is a classic coming-of-age Hollywood film that was groundbreaking in its social commentary and attempts to portray American youth at the time. Beyond the influence it had on cinema, it was also a landmark moment in defining teenage culture, with the concept of the teenager being a fairly new thing in 1955.

Jim Stark, the film’s protagonist, is played by James Dean, the beloved young actor whose life tragically ended in a car accident when he was just 24. Rebel Without a Cause was released around a month after Dean’s death, which further contributed to its impact. Dean was one of the biggest rising stars in the world at the time, and even two years after his death, up to 7,000 fan letters were still being sent to Warner.

Its status as a landmark Hollywood classic that had a whole lot of influence is undisputed, but what about the film itself? How does it hold up today?

Rebel Without a Cause is by no means a perfect film. The performances are mostly admirable, though even James Dean does show his inexperience at a few points. He sometimes comes across as a less nuanced Marlon Brando, and there are one or two moments where he looks like a man trying to play a character, rather than the character themself.

The pacing is a little off too. The relationships between Jim, Judy, and Plato especially. This can be forgiven somewhat, considering the entire film is a melodrama about teenage angst and rebellion, and their tendency to be a little... dramatic. Even with that in mind though, things happen awfully fast. Jim both “falls in love” with Judy and becomes best friends with Plato over the span of around one day, and even if that is intentional and is meant as a demonstration of teenagers’ flair for the melodramatic (it isn’t), it still diminishes the impact of certain pivotal scenes.

Plato's arc also feels awfully rushed. It isn’t completely out of left field, and once he picks up a certain item from his house, you always expect that he will eventually use it – but his climactic scene is a little excessive, and it didn't feel completely earned. Plato in general is sadly underdeveloped. One of the only things we know about him is that he killed some puppies, which hardly makes him likeable, and it seems the writers failed miserably at getting us to care about him.

Another criticism relating to pacing – and this one is more minor than the first two – is how quickly everyone moves on after the famous “chicken” scene. After one or two mildly emotional reactions, everyone quickly leaves and more or less forgets about him. Sure, they were scared of getting into trouble and thus didn’t talk about it, but you'd think there'd be more to it than that, especially in the immediate aftermath.

Despite feeling somewhat rushed, Rebel Without a Cause is still one of the better films about teenage angst. James Dean is great in the more pivotal moments, and for the most part, the film succeeds in getting you to sympathise with the main characters. Even though their teenage angst is excessive, Ray’s direction does a wonderful job of making the characters (especially Dean’s character) feel realistic.

Rebel Without a Cause undoubtedly holds up 67 years later. While the norms and culture of teenagers today are vastly different, the themes at the core of the film remain relevant, and thanks to the stellar direction, it remains an excellent watch. 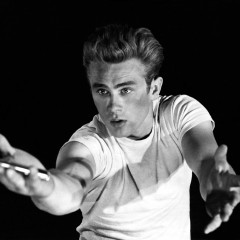 Voice Retrospectives: Rebel Without a Cause (1955)

This Nicholas Ray classic is one of the most famous films of all time. How does it hold up?