It's a gem of Irish cinema that's curated one of the best musical film scores of recent years. Released in 2016, it’s a coming of age tale centred around a love of music in the 80’s. A young boy becomes inspired by his brother's record collection beginning on an important journey of self discovery.

High school student Cosmo (played by Ferdia Walsh-Peelo) decides to put together a band with other misfits to gain the attention of a young girl he was captivated by on the corner of the street. A fairly average storyline at first glance, but look deeper and to its core Sing Street explores deprivation, abuse, Irish emigration and adolescents wrapped up in a soundtrack of 80s classics. Songs include Duran Duran’s ‘Rio’ alongside original tracks like ‘Drive It Like You Stole It’, which encapsulate the teenage love affair with electric guitars and the confusion of youth. Other original songs such as ‘Riddle Of The Model’ use groovy psychedelic melodies with an incredible vocal depth, keeping in with the DIY teenage band aesthetic. This really helps the film as a whole to shine, elevating Its heartfelt messaging and raw depiction of an overpopulated Dublin.

Conor Lawlor aka Cosmo and his brother Brendan (played by Jack Reynor) live in a household of domestic abuse. Affected by this, older brother Brendan has given up hope, and his rocky childhood impacted his education, leaving him unemployed and heartbreakingly depressed. The film manages to deal with these themes in a way that encourages empathy and understanding towards the poorer end of society, as well as showing the long-term effects of being exposed to such horrors at an early age, also exploring how this is passed down through generations.

Sing Street projects the age-old tale of finding salvation through music and exploring identity and creativity in your teens. Its nostalgic and somewhat comforting air is elevated by the comedic elements and moments of innocence in what could have been a rather dark and potentially dull watch without.

Due to its independence, the film was hardly a hit in Britain with minimal press despite its Golden Globe nomination for Best musical or comedy, and its collaboration between Ireland, Britain and the USA. It's a real universal story that spans generations and countries regardless of being set in 80s Dublin that deserves to be seen and heard by music lovers everywhere. 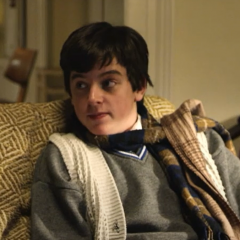