From Humbug to AM, we look back at every album by one of Britain's most influential bands

They were the first major band of the internet age, steadily cementing themselves as one of the most important rock bands in British History. With a headline set at Reading and Leeds Festival this summer alongside rumours of album 7 on the way, Voice looks back on how the band have influenced pop culture.

Much like Alex with The Strokes, I just wanna be one of Arctic Monkeys but since my lack of musical talent means that will definitely never happen I'll just have to admire from afar, so here's a look back at the incredible rise of Arctic Monkeys so far.

Whatever People Say I Am, That's What I'm Not

A modern-day classic. Pre Nick O’Malley days it was Andy Nicholson on bass, and whilst this was the only album he would appear on its release changed the music scene forever. From looking good on dance floors to dancing when the sun goes down WPSIATWIN marked a cultural shift in Britain, becoming the fastest-selling debut album of all time by a band in the UK. Inherently northern and relatable to every teenager everywhere over a decade on, the album pushed the power of internet fame to the forefront and inspired generations to pick up a guitar whilst catapulting the band from local band to local heroes. Filled to the brim with exhaustingly fast drum beats and pure clean guitar solos the album captured working-class life in Britain, something many became afraid to touch. Whether they meant to or not, the band gave the kids on the council estates something to aspire for and hold onto.

The tricky second album? With Nick O’Malley now drafted in, Favourite Worst Nightmare landed the band a headline set at Glastonbury Festival. Some said they didn't have enough songs but others realised they were the band of the moment and no one could stop them from climbing. 505 quickly became iconic in the band's repertoire whilst Fluorescent Adolescent earned its place as one of the greatest indie anthems of the naughties. FWN fused multiple genres together in a groundbreaking attempt to blur the lines between rock, pop, hip-hop, and grime – winning Best British Album at the Brits 2008 and since becoming 3X platinum. Their change in sound was to continue throughout, pushing boundaries and gaining new fans along the way.

Sonically controversial and vocally grown-up, focus shifted from Sheffield to more pristine love songs that steered away from realism and entered the fantasy land of Alex Turner. From the almighty chorus of Crying Lightning to the ‘I kissed my girlfriend's sister’ conundrum on Cornerstone, Arctic Monkeys have matured with an album to show for it. Its slower anthemic rock ballads landed them less praise from the critics and controversy with fans, but whatever your views on Humbug, their willingness to change, explore and expand further proved the band's longevity with platinum certification and landing at number one for two weeks.

Suck It and See

What even is a Hellcat Spangled Shalalala? According to Nick, it's simply Alex’s imagination but whatever it is, Suck It and See birthed the era of love-stricken men singing metaphor ladened love songs to crowds of adoring fans. With an album of classic and slightly confusing rock ballads, the band's sound transformed once again. Turner’s lyricism on tracks such as Love is a Laserquest became more about critical thinking than the point and write style of WPSIATWI  although keeping a subtle hint of the band's roots with the mention of dandelion and burdock (a British drink you'd usually get at the chippy on a Friday night). Some questioned Turner’s poetic lines but the album is still widely considered above other artists, being certified platinum in the UK.

Moving to LA, riding motorbikes and owning a closet full of leather jackets saw Arctic Monkeys turn into cultural icons releasing AM. Their fifth studio album saw them rise to fame in America and gain attention outside of the indie music scene, with Alex Turner becoming the ultimate rock’n’roll heartthrob with perfectly combed hair. Ever drunk dialed your ex? There's a song for that. Wondering if the other person feels the same? Yeah, there's a song for that too. Tracks like ‘Do I Wanna Know’ and ‘R U Mine?’ made every band up their game with the album spending a staggering 444 weeks in the official UK charts and two weeks at number one. The music video to ‘R U Mine?’ also won the NME Award for best video whilst the video for ‘Do I Wanna know?’ surpassed a billion views on YouTube.

Arctic Monkeys’ most recent and somewhat most controversial album to date saw Alex Turner swap the guitar for a keyboard and love songs for stories about a fictional hotel and casino on the moon inspired by science fiction. Propelled by a 70s aesthetic, and psychedelic pop mixed with smooth jazz, TBH&C opens with a nod to the band's main inspiration with the line “I just wanted to be one of The Strokes”, but Tranquility Base couldn't be any further away. Moving away from songs about women, Turner delves into film, politics, and technology. Despite the drastic change in direction no one saw coming, the album was named album of the year 2018 by Q Magazine and was the sixth number one album by the band in the UK consecutively.

With six number one albums and an eclectic back catalogue, it's hard to predict what's coming next, however it's sure to be genre-blending and transformative in terms of sound. Their ever shifting identity and musical prowess has managed to build solid foundations for future releases as well as future generations. For now though we'll just have to wait and see, although with their headline set at Reading and Leeds already announced you could assume album seven will be here before the summer's out. 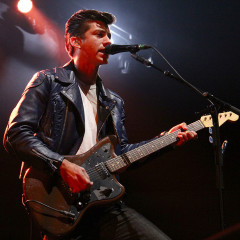 Every Arctic Monkeys album and its influence on pop culture

From Humbug to AM, we look back at every album by one of Britain's most influential bands