Voice MagBlogsIs it acceptable for…

In this post, I want to reflect on how actors - and society - use accents and when they are considered acceptable.

I love accents and am interested in how where you come from or where you live can shape how you form words and the dialect you speak. The UK is a relatively small country yet has many nuisances to the accents in whichever region you’re in.

I’ve always enjoyed trying different accents and have seen the ability to do accents and impressions as a skill and a talent. It involves listening and observing to then imitate the accent using your voice. You look out for the general rules of the accent and how certain words are pronounced differently and practice to sound authentic.

People put on accents in many different scenarios. For example, accents are used when someone is speaking another language different from their native tongue. When learning a different language, you try to pick up the accent to make your words clearer and more accurate for the listener, to communicate more efficiently.

The whole premise of acting is to replicate other people and their stories, so accents are often used to portray characters. Take Jodie Comer in Killing Eve, who portrays many accents in the role of Villanelle or Daisy Edgar-Jones, who uses an Irish accent in her role in Normal People. Actors must be accurate in their accents and try not to become a caricature or stereotype to do it justice. Accent/dialect coaches are often employed to help actors achieve an accurate accent.

It could be argued that an actor putting on an accent takes the place of an actor who genuinely has that accent, and I understand that point of view. It seems crazy that so many actors are trying to get a break, yet we still have roles filled by people putting on an accent that isn’t their own. Ultimately, though, acting is about playing a different role other than yourself and an actor is employed to convey a character, whether that means putting on an accent or not. Any actor will need to work on their voice and adapt it to fit their character’s speech no matter who they’re playing. An accent may just be another factor among age, personality etc., to consider when portraying that role.

BBC Culture discusses how the use of accents in acting roles is a ‘subjective decision about how important we think authenticity is in any particular instance.’  Craig Mazin, the creator of the drama Chernobyl explained the decision to have the actors speak in their natural accents. He said ‘Ultimately, a person’s accent is completely irrelevant to what’s going on, because there are things happening that don’t even need an accent to be communicated – panic, fear, excitement, worry, sadness. They’re just emotions.’

Suppose a drama follows the lives of people who wouldn’t be speaking English or is set in another country where English isn’t the main language. In that case, actors speaking English in the drama are already, most likely, inaccurate. Therefore, I don’t believe it’s necessary for them to put on an accent because the piece already isn’t absolutely authentic. However, if something is set in the UK, the use of an accent is helpful to maintain believability and establish a setting.

The BBC article also discusses how ‘dodgy accents’ cannot only detract from the storytelling but ‘can also be morally problematic, serving to reinforce stereotypes.’ In comedy, accents are often used with derogatory or negative stereotypes attached. The Simpsons character of Apu, explored in Hari Kondabolu’s 2017 documentary, is an Indian character voiced by a white actor and has been criticised for pushing racist stereotypes. Although people have argued that The Simpsons is a comedy built on stereotypes, this example is out of line in my opinion and an improper use of an accent.

Linguist Dr Rob Drummond said on Good Morning Britain earlier this year, “if you’re using a particular accent in a story or in a sitcom, you’ve got to ask yourself…why am I using this particular voice, and the chances are it’s because of some lazy stereotype”.

Accents will become harmful and offensive if you attach a negative or derogatory stereotype to that accent or when trying to imitate an accent of a group of people that have historically received prejudice.

In my opinion, accents are important to the world of acting. Learning about an accent is a great way to learn about a country or region’s linguistic and cultural aspects. We must respect one another and treat accents with respect too, and consider the effects and our intentions of using accents and remember that, in some cases, using accents can be harmful. 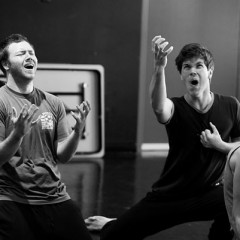 Is it acceptable for actors to put on accents?

In this post, I want to reflect on how actors - and society - use accents and when they are considered acceptable.