What are queer spaces? Why are they important? How have they changed over time? Coming Out, Going Out at the Edinburgh International Book Festival seeks to ask, if not necessarily answer these questions.

Coming Out, Going Out features essayist Jeremy Atherton Lin discussing his debut book, Gay Bar: Why We Went Out. He opens by reading a passage from the book, which could best be categorized as non-fiction but reads like poetry – lyrical, illustrative, emblematic, and rich in imagery and queer cultural reference points.

This line between fiction and non-fiction is something Atherton Lin crosses within the book and throughout the evening – and knowingly. At one point he expresses that he would like to be considered an unreliable non-fiction narrator and refers to the pleasure of fiction books that feature unreliable narrators. He seems keen to make it clear that his book is not necessarily a history of gay bars, rather a personal account which features a lot of history. Frankly, that’s pretty much the only kind of history I’m interested in. There is something decidedly queer cultural about unreliable narration, which Atherton Lin acknowledges, even asserting that memoir is essentially a form of drag.

Atherton Lin explores his past relationship with gay bars and what they have meant to him but also worries for their future amid closures, which are becoming more and more common. He notes that, outside of maybe religion and a few other things, it is such a singular experience to have these buildings across a city, monuments to a part of who you are, to then see them be shut down.

He also reflects on how these bars were the spaces in which you were able to explore who you were – or at least who you were into. He notes that in recent years, what gay bars there are left have often become rainbow-splattered hen-do haunts, and he doesn’t wish to deny that demographic of their fun but does lament – rightfully so – that the demographic these bars were originally built for have lost that space to explore and understand themselves. He seems uncertain about the future of gay bars, offering no solutions, but then who could? He expresses, “I’m a lover, not a fighter – I don’t want to make points”.

It is enjoyable enough – and something else that feels decidedly queer cultural – to be regaled with tales and shaky histories without a neat end. Storytelling is an incredibly necessary part of queer life, from being able to hear the stories that straight society couldn’t be bothered/didn’t want to tell you, to being able to pass on the stories about the people who aren’t around to tell their own anymore. None of these have neat ends, or ready solutions, or a fable-like simple moral to be lifted from them. We listen not to be directed, but to be advised. We get the tools and not the how-to guide. Atherton Lin and Gay Bar carry on this queer storytelling tradition and manage to be retrospective and nostalgic without being traditionalist or unprogressive.

And to finish – a final somewhat unrelated note on Coming Out, Going Out, because it’s true and because it made me smile – Atherton Lin, when asked “What makes a great gay bar?” succinctly replied, “Lesbians”.

More information on Gay Bar: Why We Went Out and how to order a copy can be found here. 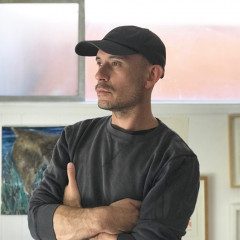 Review: Coming Out, Going Out