A review that takes a deep dive into Em Beihold's newest song, Groundhog Day, and how it is the perfect Lockdown anthem.

Lockdown has been tough for us all, and many of us feel like we’re living the same day over and over again. Our plans have been cancelled, our aspirations have gotten further away, and it's hard to stomach.

Em Beihold, an up-and-coming artist based in Los Angeles knows this feeling all too well. She graduated this time last year and temporarily moved into her parents but then Covid hit and it became a permanent fixture in her life.

She released her single ‘Groundhog Day’ in 2021. The song depicts her struggles and her feelings – both of which are all too relatable.

The song starts with an upbeat piano playing a very structured rhythmic pattern alongside her vocals. The song follows a simple cyclic structure, especially when Beihold is listing all of the things that she has lost out on and comparing herself to her friends. This technique really consolidates the feeling of living the same day over and over again.

It then moves into a short bridge with a vintage sound for the backing while she reminisces about the previous year, taking us back in time with her. It’s a genius little touch which elevates this song even more. This happens multiple times through the song, where the melody and chords slow and soften, taking us out of the relentless repeated chord pattern. Then, almost prematurely, we're thrust back into the same cyclic chords once again. A feeling of sadness is created by these slow moments and the sudden reintroduction of the repeated pattern seems to represent us being forced into another identical day.

When you first listen to the song, you latch on to every word she’s saying – well I did at least. She sings about her close friends getting houses, and doing graduate degrees, and having kids, and getting married, and the expectations she has put on herself because of this. Graduating from a music degree in 2020 is hell and it puts your life on hold. Believe me, I know, I did the same thing. The feeling behind these lyrics is an entirely relatable one.

Em was a pretty normal 22-year-old when she released this song, but her following on TikTok boosted her to fame when everyone heard the lyrics. We’ve all had a rough couple of years, and at points we’ve all felt exceptionally isolated, so to hear someone not only feel this way, but write a song about it, has unified a lot of us.

Groundhog Day is a perfect lockdown anthem, upbeat and unapologetically honest. With that honesty uniting us all in our isolation, it is a great way to motivate yourself in this strange, modern world. 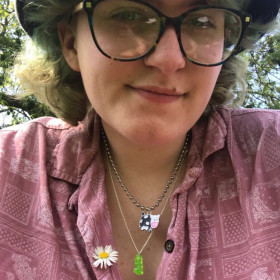 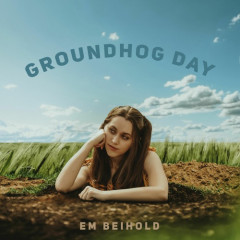 A review that takes a deep dive into Em Beihold's newest song, Groundhog Day, and how it is the perfect Lockdown anthem.