A promising debut production that unfortunately falters in its writing and pacing, Madhouse depicts the chaotic nature of student living with its rag-tag cast of characters.

Five housemates (and one pseudo-housemate) eat, drink and study together in a messy but tight-knit flat. As the play progresses, each character is explored in a variety of ways with their own sub-plot. There’s potential pregnancies, the questioning of sexuality and a blooming will they/won’t they/oh they already have romance.

The strength of the production lies in its humour. There is plenty of observational comedy that many who have lived in university halls can relate to. Every character has their quirk and the audience responded well to the manic energy of the household. Goose and Lisa were definite highlights, with a lot of visual gags incorporated into their movements, such as Goose stumbling across some brownies and getting more than he bargained for in their ingredients, or Lisa sneaking around the stage like a pantomime villain, winking at the audience in time with the music.

Although the chaos is fitting for the subject matter, the mix of sub-plots and side stories feel a little mishandled at times, with the constant flitting between narratives becoming somewhat jarring. It could have benefited from a tighter thematic structure, with the various narratives blending into each other more.

There was also the classic ‘misunderstanding that could be solved with a two minute conversation’ plot point that never fails to irritate. In this instance, it does lead to interesting character development, but too much of the final act hinges on this contrivance to sweep it under the rug. The two characters involved were well-written, and had readily available character quirks that could have been used to drive a wedge between them in a more organic way.

Still, the humour is welcome, the characters are relatable and overall, there is certainly the foundation of a solid production here. With more experience, it would not be a surprise to see these new creatives excel in the future. 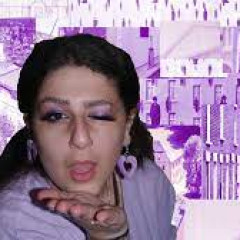 A promising debut production that unfortunately falters in its writing and pacing, Madhouse depicts the chaotic nature of student living with its rag-tag cast of characters.