An unflinching depiction of the crack cocaine boom of the 1980s and 1990s in the USA, Stanley Nelson's Crack: Cocaine, Corruption & Conspiracy tackles and sheds light on a multitude of different topics and issues surrounding the eponymous drug.

Stanley Nelson’s Crack: Cocaine, Corruption & Conspiracy chronicles the prevalence of crack-cocaine in the USA throughout the 1980s and 1990s, featuring interviews with former addicts and drug dealers as well as journalists and politicians. With a runtime of 89 minutes, the documentary is structured into eight broadly chronological chapters that touch on different topics relating to crack and cocaine. The first half of the documentary focuses on the personal experiences of those whose lives were affected by cocaine, while the second half delves into the governmental and media response of the USA to the increased presence of the drug.

The most compelling aspect of the documentary for myself was undoubtedly seeing and hearing about individual experiences with crack and the human cost of cocaine. One interview with a former crack addict who turned to the drug as a means of dealing with the grief caused by the death of her five-year old son was particularly affecting. Nelson’s use of archival footage is also harrowing in parts, with numerous drug deals and crime scenes being shown along with military-esque raids carried out by police, with the contemporary music used for these montages firmly steeping the viewer in the time period. Nelson then goes on to demonstrate how the users of crack were vilified and demonised by the media while punitive judicial sentences were introduced to target and punish drug users rather than to rehabilitate or support them.

Beginning in the early 1980s and progressing through to the mid-1990s, the scope of the documentary is vast, attempting to address a variety of issues surrounding the upsurge of cocaine in the USA. However, this is sometimes to the detriment of the piece as a whole as some topics within the chapters begin to discuss thought-provoking notions, but then quickly move onto the next relevant point. The most prominent example of this is when we are briefly told about the potential complicity of the US government in the arrival of cocaine to the country, but this is only directly addressed at the midpoint and conclusion of the documentary.

Despite this, I thought the documentary overall was illuminating, and would definitely recommend it as an insight into one of the most turbulent times in American history. 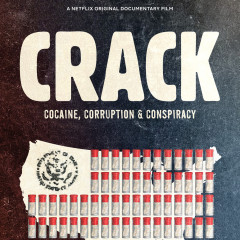 An unflinching depiction of the crack cocaine boom of the 1980s and 1990s in the USA, Stanley Nelson's Crack: Cocaine, Corruption & Conspiracy tackles and sheds light on a multitude of different topics and issues surrounding the eponymous drug. 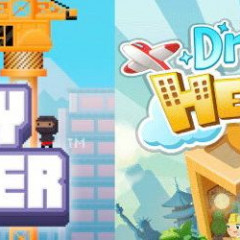