My review of Tangled for my Bronze award

The movie ‘Tangled’ is often overlooked. In my opinion, it is easily the best of Disney’s animations, (even including Toy Story). The reason for this to me is obvious. It has everything you need in a single film – a clear beginning, middle and end, nice visuals, catchy songs, developed characters, high threat and, of course, a happy ending. It doesn’t have endless sequels or prequels and it stands on its own as a great movie, (although I would love to see a live action version made). It’s slapstick humour is provided by Pascal the Chameleon and a running frying pan joke. The explanation for Rapunzel’s powers is good and well thought out. I found it hard to place the time period in reality, but possibly late medieval time. I’d recommend it to anyone. 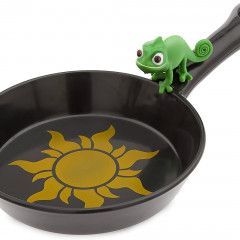 Disney's "Tangled" is their best film ever...

My review of Tangled for my Bronze award