Voice MagArts AwardReviews"My review on a…

This is a review of the Walt Disney film "The Sword in the Stone" which was released in 1963. I chose this film to review for my Art Award because I really like the old style animation.

My review of the “Sword in the stone”

Disney released “Sword in the stone” in 1963, two years after the success of “One hundred and one dalmations.” The film was based on a novel by T.H. White called, “The once and future King”.

The story is about Arthur; (nicknamed Wart) a 12 year old orphan, and follows the legend of King Arthur and Excalibur.

Arthur was hunting in the forest with his foster brother, he accidently scared the deer so Kay ( the foster brother ) lost his arrow. On rushing into the forest to retrieve it, Wart falls through the roof of a house meeting an old wizard called Merlin and his talking owl Archimedes. Merlin thinks Wart is special so he starts teaching him about using “brains over brawns,” by using magic to transform themselves into different animals to see their perspective on life. In his adventures with Merlin, Wart learns how to be confident and stand up for himself.

The film is set in England in the middle ages when the King had died with no successor and everyone had lost hope. It was decided that whoever could pull a sword from the stone would become the next King.

Wart finally becomes Kays squire and they travel to London, however Wart had forgotten to pack Kays sword. Worried, he rushes to find one and comes across the sword. Ignoring Archimedes advice, he pulls the sword out easily and rushes back to Kay – they realise it was “the” sword and Arthur is declared the new King!

I enjoyed the movie because the story gives good advice to young children about life and how despite things going wrong, you should always keep trying and things may work out.
My favourite character in the film is the owl, Archimedes because he is so grumpy, yet funny and a good friend throughout to Arthur.

One of the best scenes, in my opinion, is when Merlin had used magic to turn himself and Arthur into fish. Arthur is chased by a larger fish and is in danger. Archimedes risks his life to save him yet when praised by Merlin, Archimedes brushes it off and says he was hungry.

Colour in the movie is done well as it draws your eye to the main characters and allows the background to be part of the story without being overwhelming. Details are added only where needed in contrast to the modern movies which are so full of affects it can be overwhelming.

The songs by the Sherman brothers have been widely criticised and I agree that the music could have been better in the movie. The songs are not memorable and the lyrics complicated and therefore not as catchy as they could have been. That said, the packing song beat often gets stuck in my head after watching the scene.

Overall, it is a good movie to watch with the family and I give it a 7/10.

My name is Drew, I am 12 years old and have been home schooled for 3 years. I have complex needs including ASD, ADHD, PDA & SPD with ME/CFS to name a few.
I like being different as it makes me funny and unique. Thanks for reading 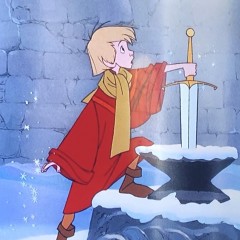 "My review on a Disney Classic"

This is a review of the Walt Disney film "The Sword in the Stone" which was released in 1963. I chose this film to review for my Art Award because I really like the old style animation. 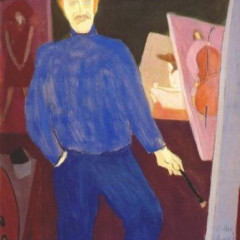