I recently watched an online performance of Macbeth at Shakespeare's Globe in London and wanted to share what I thought about it.

I have recently watched a performance of Macbeth online, which was performed at Shakespeare's Globe in London earlier this year. Macbeth is a play written by William Shakespeare, in which Macbeth, a Scottish soldier, is given a prophecy by three witches that he will one day become King of Scotland. His ambition to become King alongside encouragement from his wife, Lady Macbeth, makes him kill the King, as well as others, which puts him in the leadership role. He is eventually recognised as a tyrant and is overthrown as King and killed.

Music in this play is not as prominent as it would be in a show such as a musical, however it does help the play to flow. It is quite traditional and trumpets are often used, which fits in with the era and setting of the piece. The music is played in the transitions between scenes which makes for a smooth and cohesive performance.

The set changes throughout the play, but it isn't too over the top as the play is already being performed in a good setting - Shakespeare's Globe. Blue flags are shown when King Duncan leads and they have the letter 'D' on them, and these change to an 'M' when Macbeth leads. Carpets and balloons were brought on for certain scenes, and I think that the way in which they were brought on was smooth and efficient. Some of the set helps to bring the play into the 21st Century - including the foil balloons and the confetti.

The props are also a means of bringing the play into the 21st Century as there are things such as party has used in celebration. Banquo's son also carries a nerf gun, which I believe emphasises the fact that that character is a child, even though played by an adult.

Costumes in this play were great and one of the main colour schemes was blue. Blue was used to represent the Scottish and the characters at the end of the play from England all wore a red accessory. Some of the actors played multiple roles in the play, but the clever colour schemes of the costumes helped to distinguish which character they were playing. What I also thought was great was how the witches' costumes were not identical, but had the same colour scheme and complimented each other with their fabric and shape.

The actors in the play were great at showing emotion and state of mind. One actress in particular was the one playing Lady Macbeth, and the way that she portrayed the character when she was losing her mind was very believable. Many of the actors used lots of hand gestures which also made the acting more believable and helped to put emphasis on certain words.

I like how the actors playing the witches were in amongst the audience at the beginning as it added a sense of involvement for those watching and was kind of mysterious. This continues throughout the play and the audience become a part of the performance in a way as they are encouraged to clap and cheer at different points. At some points, the actors being amongst the audience served as a distraction for the set changes going on onstage and I think that this was a good idea.

Overall, I really enjoyed watching this play and I think that there were many artistic decisions which made it unique and interesting. I would definitely recommend watching it and if you would like to, here is the link: 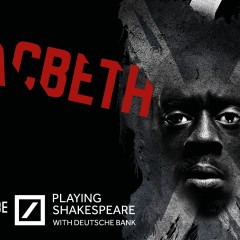 I recently watched an online performance of Macbeth at Shakespeare's Globe in London and wanted to share what I thought about it. 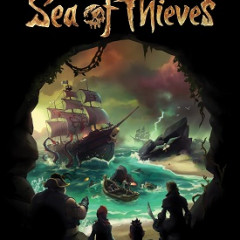