The start of a ten year art installation that will be seen by 2 billion.

Across London’s usually dark and murky Thames, a rainbow of light dances across its surface. Pinks and blues pulsate across this historic body of water, interrupted only by slow commuter boats passing by.

This is a reflection of an ambitious new art installation created by Leo Villareal and Lifschutz Davidson Sandlilands. Four of London’s landmark bridges have been lit up simultaneously for the first time ever, creating a stunning runway of colour.

Over the next ten years, these bridges will be joined by a further 11 and seen by an audience of two billion.

On this mild September evening the lights looks peaceful and almost mysterious. For a second London stops to look, but the not so distant sound of police sirens being the city back into focus.

The start of this new illumination marks a month of river-centric celebrations for the Totally Thames Festival. Click play on the vlog to embark on an enchanting viewing experience. 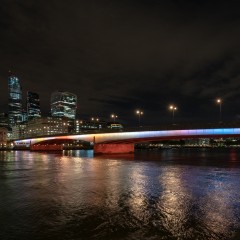 The start of a ten year art installation that will be seen by 2 billion. 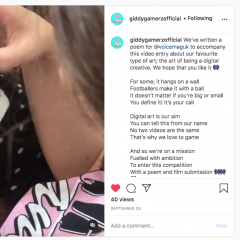 Announcing the winners of #LoveArtsAward15