A show that’s weaker than the sum of its parts

This show had all the promise of an amazing time. For a start it had Irwin Sparkes and Alan Sharland, the remaining members of The Hoosiers — a band who released the double platinum album Goodbye Mr A… and then essentially disappeared. The premise of the show itself was equally as strong, offering a satirical, tongue-in-cheek look at the problems with fame, and how damaging it can be to constantly pursue it. The stand-in for The Hoosiers was Felix and the Scootermen, comprising of Felix Scoot and Lee Delamere. The band are Twitter verified famous, with three Top 11 hits. That was the extent of the differences between the two bands though, and an unfamiliar audience could be confused as to what was scripted and what actually happened.

Given how strong the core components were, it’s amazing, and exceptionally disappointing, how essentially none of it gelled. The show is structured as a self-help seminar, with the band members there to help you realise that “you’re already famous… it’s just that no one has heard of you yet”. The seminar follows a five step guide that’s allegedly BRIT School approved.

The duo promise to take you through these five steps, but very quickly it was abandoned for some vague plot about drugging and mind manipulation, and surreal subplots about loving your computer. Again, I could sort of see what they were going for with the cheesy, desperate self-help gurus but between the exceptionally dubious acting, the pretty dire ‘fight’ scenes, none of it really came together. To some extent I thought the whole show was captured perfectly in one scene; a golden dildo was stuck to the wall, but fell to the floor under its own weight only seconds after the pair turned around.

It is a show with promise, and there are elements that didn’t completely crash and burn. As you might expect, the songs are pretty catchy, and performed well, and the dance moves, although exceptionally camp, were amusing.

Self-Help Yourself Famous has the makings of a good show, and I’m reticent to dismiss it outright. With some more workshopping and a lot of refinement, I believe they can make they it work. It’s just not there yet. 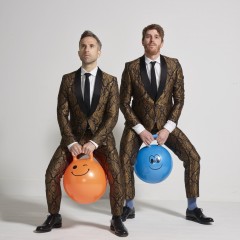 Felix & The Scootermen: Self-Help Yourself Famous

A show that’s weaker than the sum of its parts 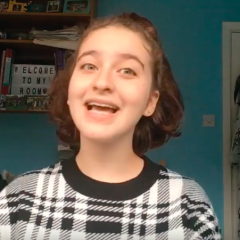