My first impression of the performance “atmospheric memory” was surprising because I didn’t expect it to be as interactive as it was. When I entered the tunnel of 3000 speakers, which all played different sounds, I was excited to see the main piece of work.

I liked when we were sat on the bean bags and looking at the things on the ceiling. I also liked it when we spoke into the speaker and the thing we said appeared in smoke on a grid.

I recommend this for people of all ages because it’s a very engaging piece of work and has things everyone can take part in.

I had the chance to experience and observe RAFEAL’S piece Atmospheric memory. experience a breath-taking interactive architecture and a new development of art and science. where you can see, hear and touch yet experience millions of sounds that we encounter every day in our daily life’s in the atmosphere .an event full of talks, tours and conversations supporting technological advancements. Rafael Lozano hemmer an artist who has developed his whole life to art. once I finally entered the building, I had this strange sensation of emotions as on one side I felt ecstatic on the other I was confused. As I entered the dark tunnel named the atmosphonia and it was an experience to not forget there were 3000 different noises playing at once, it was a mesmerising symphony that rung inn my ears. I felt as if I was a part of this performance. as I entered the second part, it was like a celebration of technology and art composed together in one space. as you entered there was a machine that when something was spoken through the mike it would replicate the words on this grid. it was mesmerising it had this magical effect the uplift music that was playing in the background created an aura of tranquillity. it was quite mesmerising to see so many pieces placed together in one room. it was diverse, unique as there were different age groups that came together to create this piece. it made you question what the artist was thinking what was his message. Personally I think that slight improvements could make it right like timings being suited to each age group, the space could have been more limiting. I think aspects change depending on what group of people you’re in with. I would recommend this to a family. 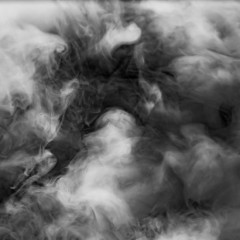