On Thursday 20th of December 2018, I attended the pantomime at Liverpool's Empire Theatre to watch 'Jack and the Beanstalk'. I was really looking forward to going, as I knew it would be a lot of fun, especially the costumes and scenery.

As part of an organised school trip, I went to watch 'Jack and the Beanstalk' at Liverpool's Empire theatre. It was a Pantomime version of the classic story which included singing, dancing and art in the set design.

I love the Christmas pantomimes as they are so much fun and have been watching the production at The Empire since I was very young. This year's pantomime didn't let me down. Starring Strictly come dancing judge Shirley Ballas and local comedian John Evans the show had me laughing from start to finish. This year they added a 3D element near the finale and after we put on 3D glasses, the stage came alive. With the back drop in 3D and the actors on the main part of the stage it gave the performance a much more unique and exciting feel, it even got quite scary at times with members of the audience not only laughing but also screaming out loud!

I would really recommend going to see a theatre performance in 3D because it was different to any other show I'd seen at The Empire. The 3D part was new, interesting and gave the audience more thrills than ever before.

As I knew that we'd be discussing this show back at school, I made sure that I analysed the stage set and the way the actors used their body language and voice to portray lively/bold characters.

The thing I love the most about watching a pantomime is that it is fun for all ages, I'll definitely be going to watch next year's show again in 2019. 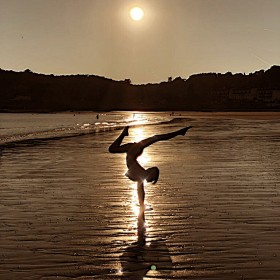 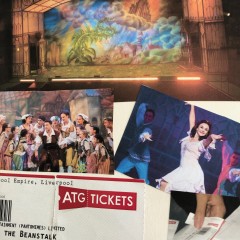 Jack and the Beanstalk Pantomime Review

On Thursday 20th of December 2018, I attended the pantomime at Liverpool's Empire Theatre to watch 'Jack and the Beanstalk'. I was really looking forward to going, as I knew it would be a lot of fun, especially the costumes and scenery.