In a time where nationalism is the newest superbug, this couldn't come sooner...

This play has come at an auspicious point in history for a torn, bored Britain still reeling from its identity crisis. I came to this performance drumming my fingers in anticipation for something in my wheel-house: dark comedy.

The crowd was ushered into a lecture hall, a screen flickered with images of Britishness: rolling green countryside, old industries and World Wars. I was lulled into thinking this was part of some campaign the theatre had on Brexit, until somebody sauntered up to the podium.

Our main protagonist, a scholarly racist, shone a light on a sphere of public discourse which has been maligned or erased from polite society. Initially, his speech doesn't leave you the option of dismissing his ideas outright. He explains 'they call my talks hate speech, but I say if there's something worth hating, shouldn't I be allowed to speak about it?' , challenging the accepted status quo of political correctness as an affront to free speech.

What follows is an almost Dickensian look at his own failings through the eyes of others.

Throughout, the viewer's perception of events is marred in line with the progression of the protagonist's illness. The inventive use of props helps to fulfil this illusion, a highlight is the podium which doubles up as a sink, computer monitor and a bin!

As the story progresses scenes cease to be chopped and changed aspects of real life, and instead evolve into a blurred kaleidoscope of memories, both real and fictional. Initially he behaves like a victim in some elaborate practical joke, but realisation dawns as he bears witness to his actions in the form of his own disembodied voice. As his grip on reality fades, his behaviour becomes more erratic. Scenes rapidly lose clarity, diverging ever further from a discernible narrative. The viewer is left overwhelmed by a continuously unfolding dreamscape. This incredible blend of techniques brings some sense, from the inside out, of what it feels like to experience a mind unravelling.

The use of humour (including prodding the 4th wall occasionally!), sarcasm and even a little classical poetry gently challenge the viewer to question common-held conceptions on what defines a racist act. Death is used to snap us back to the reality of the message being portrayed. In the opening medical scenes, passing snippets of dialogue also allow messages of racial conflict that often falter in their explanation to be made bare and ugly (in this case, debating the importance of nuance in the English language).

Language too played a part, sometimes used to add to a sense of panic and at other times the opposite, forcing the viewer to see only the humanity of interaction on stage, regardless of content.

Tackling issues of racism, poverty, mental illness and even death itself, this piece made me laugh, brought a tear to my eye and flung me into worlds I'd never taken the time to venture into before. Perhaps most importantly, it left a lasting, powerful impression and a little hope that we might move past this time of division. 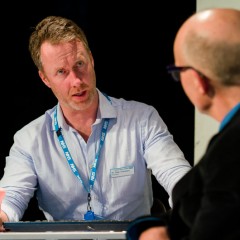 In a time where nationalism is the newest superbug, this couldn't come sooner... 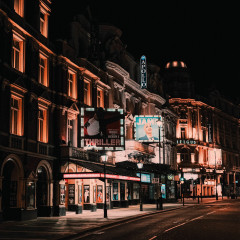