In the the Old Red Lion Pub Theatre lurked a (theatrical) talk show, mandated viewing by the  Old Ones - Late Night With Cthulu.

The first thing to mention about this show is just how delightfully weird it is. From the very beginning, you (as the ‘live studio audience’) are being interacted with by the two hosts . Sebastian Baxter Thompson is all-too charming to the point where it becomes unsettling, whereas Arabella Fenneck Reid has a strange, calming energy and the interplay of the two create an incredibly strange and funny vibe. This dynamic duo's charm offensive is so effective that they manage to sell even the darkest of black comedy throughout the show, only occasionally faltering with a few fumbled lines.

In a sense, the weirdness of the show is most evident in its format, which is basically a bunch of Lovecraftian skits tied together, that somehow works relatively cohesively. A massive part of what holds this whole show together is the way in which the skits never stop involving the audience. There's an audience quiz show, sing-a-longs and a whole host of other fun fourth wall breaks, which mean that even without the strong sense of plot,  you're still intensely engaged.

Cutting through all of this absurdity, there are periodical switches from the comedic to the dramatic (especially with Dr Cranmer), which are both written and performed extremely well alongside the comedy. Additionally, despite all the humour, Late Night With Cthulu is still heavily grounded in Lovecraft's mythos, yet it manages to make these references incredibly accessible to the uninitiated. Pretty much all of the jokes still function and are funny without requiring you to have read the specific stories they're referring to.

With Late Late Night With Cthulu, Raising Ashes Theatre have created an absurd, chaotic and unsettling show which finds the funny in existential dread. 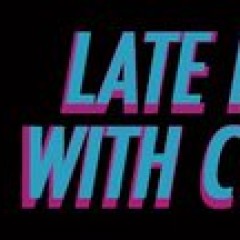 In the the Old Red Lion Pub Theatre lurked a (theatrical) talk show, mandated viewing by the  Old Ones - Late Night With Cthulu.