Voice MagReviewsSex and the Musical

Cosmos, four ladies, and flip phones. Is it the late 90's? Probably.

As you would expect, Sex and the Musical is a musical parody of Sex and the City television series. It is set before the pilot of the series, telling the tale of how the "four sexiest women in NYC" became friends, and is chock-full of references to the series, from foreshadowing and clever winks and nods to the audience. It is, in fact, the dialogue of this musical that truly shines, including the monologues, fourth-wall-breaking narration, to the extent that the songs feel almost secondary to the telling of the tale.

This show is let down by two things, the first is the location. While I like the idea of setting a musical in a bar - especially when bars are such a common place in the show, the reality of the situation is that the cast didn't have much space within which they could move, having a direct impact on the choreography; and also there was a constant loud hum from the refrigerators which caused bits of dialogue to be lost and sometimes whole songs were inaudible due to a combination of poor acoustics, quiet singing, and an overpowering backing track. This leads me nicely to my second issue with this musical - the singing. When compared to the strong and assured dialogue, the singing pales in comparison. The cast seemed unsure of themselves while singing solo pieces, resulting in mumbled lyrics and unidentifiable lines - with the notable exception of Eloise Quinn-Valentine who played the part of Charlotte, whose singing was as bold, clear, and assured as the delivery of her lines.

Indeed Eloise is the stand-out performer of the show, she was a joy to watch on stage, and showed clear character growth for Charlotte, from a relatively demure character, to one that is more certain in herself. That is not to demerit an otherwise capable cast from Benjamin Maio Mackay's delightfully camp portrayal of Stanford and Sarah Jane Whiteley's strong, "sassy" Samantha.

The songs themselves are well written and incredibly catchy. As before, it is a shame that the overall execution of them was lack-lustre, but I did leave the show humming the tunes quit happily to myself - specifically the number that all four "gal pals" sang together. While the performance space was restrictive, it was cleverly used by the cast, including the built-in lights and all the surfaces in the room, and at one point the bar was used to be an actual bar, which was incredibly satisfying.

Sex & the Musical is a fun, well-written show that is entirely a victim of circumstance. If the cast were better prepared, or if the venue had better acoustics then this show could have been truly fabulous. If you're a fan of Sex & the City make sure you get tickets for this as it's a show made for the fans above all. If not you can still enjoy the funny, witty dialogue and well executed character growth, but try to sit as close to the middle of the room as you can, so you can hear everything.

Sex and the Musical is on at The Bar at Treasury 1860 on the 28th of February, and 10th of March. Tickets and more information are available at the Adelaide Fringe Website

This reviewer is participating in another show produced by Emma Knights Productions, but has received no incentives (financial or otherwise) to review this show, nor have any opinions been withheld or censored.  This reviewer was unaware of the fact when the show was first booked. 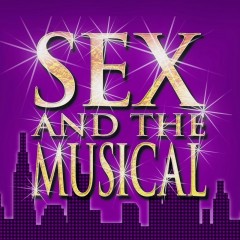 Sex and the Musical

Cosmos, four ladies, and flip phones. Is it the late 90's? Probably.