Australia, a land of warm days, big spiders, and crocodiles every few meters. Or is it?

Australia: A Whinging Poms Guide is a one-man stand-up show, brought to you by Dan Willis - a British Ex-Pat, born in York, raised in Newcastle, and (as of seven years ago) resident of Australia. With these credentials rapidly introduced to the show, it would certainly seem that he would be the one to best offer his advice to me (and all the other Brits) regarding the Australian culture and customs.

And advise he does, cleverly introducing personal anecdotes, using British preconceptions of Australia as a jumping off point. The topics covered range from the local wildlife, stereotypes within Australia, and how they compare to British Stereotypes - I particularly enjoyed the comparisons of Cornwall, Devon, and East Anglia to Tasmania. The stories are all well told, and the punchlines deliver gut-busting laughs from Brits and non-Brits alike.

The show is let down slightly by audience interactions that slow the pace a bit. An occasion is brought to mind when he begins an anecdote about a wedding, but delays starting the actual joke until he has found a married couple, and has been able to ask them about their wedding. That having been said, at no point does the interaction become self-indulgent or feel forced - this is truly a man who enjoys talking to his audience, and exploring different opinions and thoughts within his show. Inviting the audience to get involved at an early juncture is a brave move, and (when I saw this show) has mixed success. On the one hand it sets the audience up to be comfortable during their show, and gives them fair warning that there is some audience interaction. On the other, some audience members then take it upon themselves to comment on every part of the performance, which can be somewhat jarring as a punter.

That all having been said Willis is an incredibly competent comedian, and has a wonderful warmth to his performance, at times you really do feel like you’re one of his mates, listening to him tell a story about his wedding. This feeling is further enhanced by the venue - which just so happens to be a Belgian Beer Cafe (It’s like a pub, but not quite). Audience interaction aside, this show hops and skips along, scarcely missing a beat.

This show is ideal for anyone visiting Adelaide for the fringe, any British expats, or natives who enjoy a spot of gentle ribbing. Due to the nature of some of the language used this show may not be appropriate for children, or those of a sensitive disposition.

Australia: A Whinging Poms Guide is on at the Belgian Beer Cafe Oostende until the 17th of March every day of the week except Wednesday. Tickets and more information can be found on the Adelaide Fringe Website. 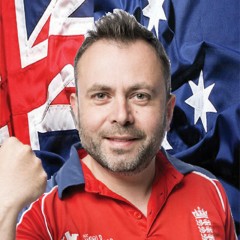 Australia, a land of warm days, big spiders, and crocodiles every few meters. Or is it? 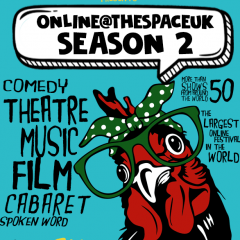 Top comedy shows to watch in lockdown from [email protected]