We walk in to a great underground space, with well dressed characters of the early 19th Century in an 1830’s taproom. There’s lots going on, and there’s a variety of quirky characteristics on offer which seem to bond the actors. But you make you’re own story in this immersive theatre piece.

So we’re inside an 1830’s world with characters who fit right in.  You start with a few quid in Swell Mob money and there’s opportunities to spend and earn through gambling. There’s a variety of music, excellent movement pieces, eerie puppetry and what appears to be some intricate character traits and entwining story arcs.

I say ‘appears to be’ because despite the great production values and the observable strength in performance skills; you are somewhat left thinking ‘what’? I love immersive theatre and the best I’ve seen provide a guiding hand to help you get the most out of it. I met someone who’s a regular with this company and she was bewildered too. I observed many others looking a bit perplexed.  Although I also saw a fair few people who were somewhat engrained in what was happening, and running around so much that I thought maybe they were plain clothed plants. I interacted with a number of the floating characters, bought tickets to the boxing, placed a bet, gambled at the cards, tried to buy a drink (although the card machine wasn’t working - typical 1830’s) and so got some of the experience. But with all of this I had to wonder up to it and try to find out what was going on, or over hear other conversations to get an idea of what to do next.

This lost feeling despite interacting with a unique space and setting doesn’t bode well. Perhaps this is also an experience best had with friends. I can see the promise and the overall concept is fantastic, but I feel more needs to be done by the cast to guide punters in to engagement and to make the most of the experience - especially by developing the stories as they say you can in their marketing material.

So having said this, and mentioning how great the production values are, I can also offer two highlights for myself. First was the boxing. The portrayal of this scene was great - with good actors all round. The actual live bare knuckle boxing match was brilliantly choreographed and the performers had nailed the portrayal. They used a device of live action speed, but just before every contact they synchronously slowed down to slow-mo-action before executing a brilliantly timed full speed contact. It allowed them to retain control over every move and is a live version of some good filmography often seen. Of course some of the simple 'punching the lights out' were portrayed by an overtly fake punch, hitting the chest for noise style, really as fake as you can go. It’s hard when you have people so close to you, but I don’t feel this detracted - it just made you appreciate further how well choreographed it was - the fight director should be proud.

The second highlight to share is a moment in the show (go along to see when) where the lighting of the room changes, most of the cast end up in a formation with dance and movement showing a somewhat protracted case of surrealism.  But as a movement piece in theatre again seemed to be an epitome of the strength of the skills on show.

If it wasn’t for my lost nature, this would be a must see.  If they can address this later in the run, and you can go along in the knowledge of making the most of it by trying to get out of the characters any hidden plots, and ideally there for a bit of fun with friends, then you should. 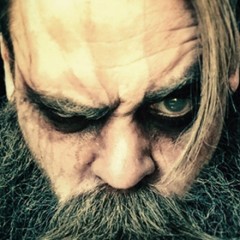 We walk in to a great underground space, with well dressed characters of the early 19th Century in an 1830’s taproom. There’s lots going on, and there’s a variety of quirky characteristics on offer which seem to bond the actors. But you make you’re own story in this immersive theatre piece.