Winner of four Academy awards, including Best Picture, The Shape of Water is a beautiful, romantic tale that sets out to defy traditional storytelling with a film that puts a unique twist on the monster-horror genre. Set in 1960s America, the fantasy drama follows the life of mute woman Eliza Esposito, who forms a unique bond with the aquatic creature held at the government facility she works at.

When I first heard about this film, I was slightly uncomfortable with the premise of a woman forming a romantic bond with a human-amphibian creature. However, as a fan of Guillermo del Toro’s previous work on the film Crimson Peak (2015), I felt that for the cinematography alone, the movie would be worth the watch. So, I went into it feeling quite apprehensive. Although, as the story developed and the movie dived deeper into the romance between the two leads, I was left pleasantly surprised.

The cinematography, as I expected, was amazing. The film is visually stunning and from the first frame, you’re completely transported into a mystical, fairytale world. One of the things I truly loved about the film was its use of colour and its immaculate production design. With the use of teal in practically every scene, del Toro is able to maintain the underwater feel throughout, fully immersing you in the whimsical world he has created. 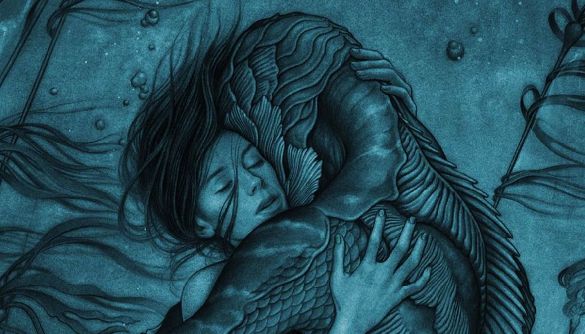 The music in the film was also a highlight, aided by the hauntingly beautiful score of Oscar-winning composer Alexandre Desplat. Throughout the film, his work masterfully establishes the mood of each scene, as the tones of the movie seamlessly switch between horror, romance, drama and fantasy.

Despite the fairy tale nature of this story, it’s still rooted in reality, through its social commentary. Eliza’s best friends are a closeted gay man (Richard Jenkins) and an African-American woman, played by Octavia Spencer. As the setting is 1960s America, the two characters suffer from prejudice due to the intolerance of their society.

The human-amphibian creature, known in the movie as ‘The Asset’, was one of my favourite aspects of the film. Heavily inspired by the ‘Gill Man’ in Creature from the Black Lagoon (1954), The Asset is portrayed by Doug Jones, an actor well known for playing non-human characters. Jones does a phenomenal job playing the creature, as he is able to translate complex emotions with body language as his only tool. His skill is further highlighted through the use of a full prosthetic suit, with minimal CGI to animate the eyes and facial expressions, breathing life into the character. I was incredibly impressed with this creative choice, as I’ve never seen it achieved in such an effective way before. Also, having the creature be a physical, tangible entity in the world does wonders for the performance; it really helps you to empathise with the character, which is an effect I feel can’t be attained with complete CGI.

Sally Hawkins is remarkable as Eliza Esposito. Without the use of dialogue, Hawkins is able to translate intense emotions and feelings at pivotal moments in the movie, doing so with only her facial expressions and body language.  All in all, she gave a very nuanced performance.

When it came to the romance between the two leads, I felt as if Eliza fell in love with the creature a bit too quickly for it to be completely believable and more initial interactions could have solved this minor issue. Yet, this is more of a fault with the writing than the actors, as the depth of their connection is still beautifully realised through Hawkins and Jones, as their characters form a bond through sign language.

Overall, the Shape of Water is an original, artistic fantasy that tackles the problems of ignorance and intolerance through the lens of 1960s America, highlighting the modern problems many of us still face today. It also teaches us that love, as with water, comes in all shapes and sizes. 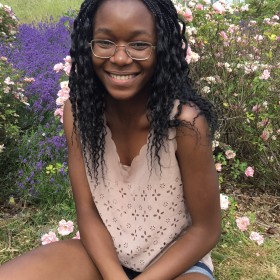 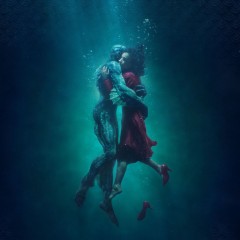