Rachel Whiteread creates ghostly sculptures/casts on negative space giving it tangible form, attributing characteristics stimulating ideas of childhood memories, sinister feelings and generating their own atmospheres as though environments in themselves. Often dealing with universal issues and sparking controversy.

Rachel Whiteread’s unique style of work gives space tangible form through ghostly negative casts of the space between, around, above and under objects; turning void to mass. These casts range from objects and spaces which are personal and specific to public, universal spaces, often appearing to be unconsidered, domestic objects. These minimalist sculptures are all unified in their same surface colour are suggestive of human presence and interaction with these cast spaces.

These casts are created directly from the spaces around objects and as such are on a human scale and so although dealing with both personal and monumental issues as with Room 101, the actual proportions are as would be expected in life. Although the minimalism and unified surface colour makes them appear larger, with an ominous presence.

Room 1010 is a piece inspired by George Orwell’s book 1984, the dystopian book in which Room 101 is a torture chamber. This casting is of the BBC studio where Orwell conceived the idea of Room 101. This gives the room an almost sinister atmosphere, as though this is a casting of the air which inspired ideas of torture and horrific images; this sculpture acting as a solid volume of air. The lack of exit and entry points referencing the torture chamber, as though there could be someone inside being tortured. Although from the outside this room appears simple and insignificant as though od minor importance. The casting appearing of any other room from any house, but the title inflicts the ideas and provokes thought.

Her work tends to be quite personal referencing to her childhood as with cupboard (untitled) and Shallow breath which relate to her father’s struggle with cancer and her childhood memories. Through these works she personifies memories and attributes humanistic qualities to inanimate objects as in Shallow Breath as the space between the mattress appears slumped against a wall, as her father may have done when out of breath. Although some of her public work deals with more universal and monumental ideas, such as with Holocaust memorial. This was the first memorial to the 65,000 Austrian Jews who were murdered under the Nazi regime. It appears as an inverted library each book representing a life lost referencing to Kristallnacht and the ceremonial book burning, the firmly locked doors make reference to the sealed gas chambers.

Through her sculptures Rachel Whiteread if “mummifying the air in a room” and around objects. These ghostly almost relic like sculptures being highly evocative, dealing with ideas of death and loss and absence, applying familiar materials in unfamiliar ways. 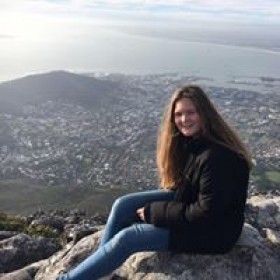 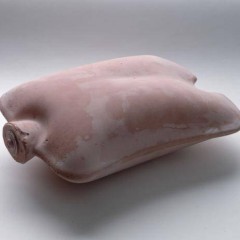 Rachel Whiteread creates ghostly sculptures/casts on negative space giving it tangible form, attributing characteristics stimulating ideas of childhood memories, sinister feelings and generating their own atmospheres as though environments in themselves. Often dealing with universal issues and sparking controversy.