"Don't mess with a goddess."

She's got it, oh baby she's got it. I'm your Venus. I'm the fire of your desire.

Forget about Venus being the Goddess of Love in this tale by David Ives. With the play being an adaptation of the 1870 novel of the same name by the father of sadomasochism, it's fair that all we are going to expect here is lust. Filthy, passionate and all-consuming lust. After all, isn't that what it's like in the theatre world?

Start on a spooky thunderstorm where director Thomas (David Oakes) is about to leave, exhausted and unfulfilled after auditioning unconvincing actresses all day. He is dead set on seeking 'sexy slash beautiful women', which makes awful timing for a play considering the Weinstein allegations.

Enter Natalie Dormer: brassy, Brooklyn "New Yawrrkkk" accent in tow, prepared to not leave without an audition. She sizzles, ebbing and flowing out of the kooky and blaring against the more refined pose expected of the character on paper. Dormer is a chameleon, and certainly deserves the stage she has so abruptly commanded. There are times when Dormer is unsure of which accent she should be using but other than that she is delightful and her strong comic timing are exquisite against her co-star. Oakes does have less to do, but with Dormer purring around the stage as a formidable feline, it's difficult to believe that he has the most authority in this production. She owns the licentious lines, and although confusing for the audience, Dormer flows. Each word dripping with subtext and passion; bordering on levels of sensibility.

Although Dormer is divine, this is a play within a play and feels like there is little content or plot development to really make it into 90 minutes of charged drama. Yes it is a good idea with humorous witticisms in places, but I think it could have been cut down a lot further. The audience are asked to question the blurred lines between art and life, creativity and fantasy, submission and control and of course director and actress. In light of the recent sexual abuse allegations surrounding the infamous casting couch of Hollywood, this might not be the best time to stage a play about sexual politics. Especially when it comes to awarding parts to actresses. However, despite this, by putting something like this on stage we are essentially scrutinising a very male-dominated industry. We cannot assume what happens behind closed doors, but we should be aware that real life and art are two distinctly different spheres which have accidentally collided.

The fact that this is a feminist revenge comedy could have been explored. A woman takes control of her surroundings demanding an audition (which we are led to believe she wasn't even invited to anyway), forces the person in charge to listen to her and not dismiss her and then reduces him to playing her servant - adorning him in a footman's jacket at her feet. Still, it is a woman who manages to be skimpily dressed flouncing around the stage, teasingly fashioning the blanket on the sofa in a play directed and written by a man. The painting of Venus which opens the show is painted by a man. Her beautiful costumes, both the demure Victorian garb and dominatrix black PVC Basque were designed by men. Who really is the one with more power?

Overall, Venus in Fur is steamy, punchy, provocative and an enjoyable watch. I do not think enough plot development exists in the script to stretch it out into a 90 minute production, which still maintains the same sense of magnetism that it has for the first 20 minutes throughout. Oakes, yes this is very much Dormer's (and women's) time to take charge, but if the other actor on stage seems comfortable and expectant of what is going to happen next… the audience lose their initial thrill. He seemed too relaxed in contrast to such a frighteningly feisty female. We never know who this mythical goddess really is. Why not watch the play and tell me?

Just saw #VenusInFur. Natalie Dormer is absolutely outstanding.
What a force on stage.

Had the pleasure of catching up with these legends last night at #VenusInFur in London. Subversive and timely and very worth going to see pic.twitter.com/C7C34BUP45
— Hozier (@Hozier) November 5, 2017

Find out more about this production here. 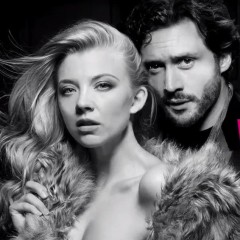 'Venus in Fur' at the Royal Haymarket Theatre

"Don't mess with a goddess."