Chris Dingli shares an hour of telling us the worst sins he's committed in his short life as a father.

The actor-comedian is calm and collected as he teaches us how, despite the enormity of effort you put into the position, a father is rarely perfect and that's okay. A solid hour of detailed, visual storytelling of short anecdotes is filled with highly efficient jokes and allows him to establish a carefree but responsible voice for himself. Learning that all of this comes in spite of him never previously wanting to have children makes the intimacy of the show endearing.

One anecdote about breast milk, which unravelled to become the most substantial of the show, was deeply predictable. A few jokes could have done with some subtlety to enable the payoff to click in the audience's heads only when he revealed it.

Another anecdote, a slow motion re-enactment about supermarket shopping with a baby was brilliant and had us laughing throughout the entire thing. The eruditeness of the routine is the key to the accessibility of it, I feel. Bad Dad boasts being worth seeing regardless of whether you have or even like children and this is true. However, I think being a parent would provide a deeply relative and visceral appeal to the show rather than otherwise just hearing funny situations with the theme of fatherhood.

Clearly humbled by the experience of being a dad, however bad, the show comes with a heart-warming, uplifting conclusion suitable for most stoic cynics of the adorable nappy wearers. With some polishing, and perhaps cutting down to make space for additional material, the show could soar. 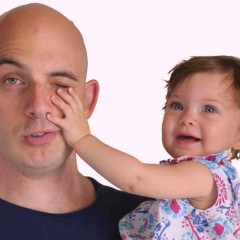 Chris Dingli shares an hour of telling us the worst sins he's committed in his short life as a father.