On Monday the 12th of September I went and watched the Chicago UK Tour opening night at The Empire Theatre in Liverpool.

It's no secret that when I visited New York in 2015, I went and watch Chicago on Broadway. Any opportunity that I get to tell people about that experience I take it. We had the decision of going to watch Jersey Boys or Chicago and since I was already going to watch Jersey Boys, we all voted for Chicago. We sat four rows from the front and it was honestly one of the most amazing days of my life. Fast forward to this year, Monday the 12th of this year to be precise, I was finally, after a year of being obsessed with the show, able to watch it again on its UK tour.

Chicago follows the story of two women Velma Kelly and Roxie Hart who are both currently waiting to go to court and be sentenced for murder. Roxie is sent to Cook County prison where she meets Mama Morton who looks after the girls in prison, if you do something to help Mama she'll help you with your trail and make sure you get off easy. Roxie dreams of being a dancer and thinks that all the publicity that her trial is getting her, will help her achieve that dream. Velma, who used to be the star in all of the newspapers isn't too happy about Roxie's arrival onto the scene and tries to do what she can to get back into the papers. It turns out that sometimes the people who hate most are the people you need to succeed.

If you haven't seen the show before, the staging is a little bit different to most shows. Instead of the orchestra being in the pit, they have them on stage, a bit like they do on War Of The Worlds but on a smaller scale. Being able to see the orchestra is something I really enjoy, I always like looking up at the monitor and seeing the conductor do his thing, so for him to be on stage and actually play a part in the show was something I really liked.

Jessie Wallace really pleasantly surprised me with her performance. I, like many other people in the country know her from EastEnders and hadn't really done any research on her to see what else she had done. When she came out and sang Mama Morton's song I was shocked at how strong her voice was, the way she performed just enticed me and whenever she came on stage, she drew my attention, I wouldn't of cast her in the role from what I knew before, but the casting directors for this show deserve a high five!

Hayley Tamaddon fitted the role of Roxie perfectly. She knew exactly what to do to get the right reaction out of the audience. Her comedy timing was spot on and she brought a perfect amount of sass and humour to the stage. Sophie Carmen Jones' voice was just unbelievable, and the chemistry that Haley and Sophie have on stage is just fantastic to watch, it didn't seem forced or over acted at all.

A.D. Richardson's voice was just WOW!! I just can't even find the words to describe how amazing his voice is! The reaction from the crowd once he'd finished singing 'Little Bit of Good' was a reaction I had never experienced at a show before, everyone was just screaming and whistling and clapping! SO so amazing! John Partridge played the character of Billy Flynn, and again, was pleasantly surprised with his performance, he had the ability to make you like Billy one minute and hate him the next minute, which is what I think was lacking when I watched it on Broadway because that's how I interpret that character.

By the time that final curtain call was upon us, I was having some thoughts. After a long, hard think I finally came to the conclusion that the Chicago UK tour cast and performance was actually BETTER then BROADWAY! Yes, I said it. I was just impressed the whole way through by how well suited everyone was for their roles. How talented the ensemble was. I don't know whether it's just because I love the atmosphere that you get when you watch a show at the Empire, everyone knows how scousers are up for a good time or whether it was just the pure talent but I can 100% say that the UK tour was better than the Broadway version! 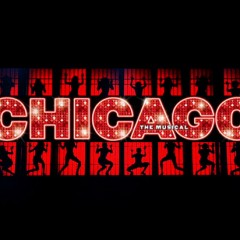 On Monday the 12th of September I went and watched the Chicago UK Tour opening night at The Empire Theatre in Liverpool.