This show seemed to have a great thing going, but sadly I just couldn't keep up with the overall plot.

From what I gathered, the piece of theatre involved a World War II veteran struggling with dementia as he experiences flashbacks from his past life as a young soldier - from enrolment to the battlefield, and from falling in love, to embracing fatherhood.

I have to be honest - I was very confused with what was going on at first. The show's structure meant that the switch between certain flashbacks made it bit hard to follow, and the actor (considering the play was one-man only) seemed to be going from making his own alcohol to pouring sand on himself, thus adding to the confusion. Sadly, it wasn't until after the show that I understood what was going on.

Of course, that's not to say there wasn't any good parts about the show. The acting, from my perspective, was very well done. His skill to adapt to his environment depending on the plot was pulled off amazingly, and the dialogue is clearly well written. However, the dialogue itself added to my confusion as he was talking about his memories, but similar to the acting it wasn't very clear what he was describing at times.

I wish I had more good things to say about this show, but I guess it got lost in translation. The emotional delivery was there, I just couldn't feel it. Others may have more luck trying to follow the plot than I did, and overall it was a very disappointing experience. 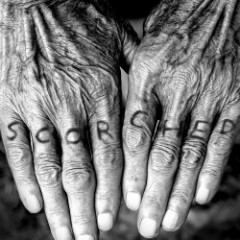 This show seemed to have a great thing going, but sadly I just couldn't keep up with the overall plot.