Voice MagReviewsNaomi Peterson: I am…

It begins with me entering a black box theatre, with only a few lights indicating the seats. We all get settled into said seats, and in comes Naomi Peterson, who begins to play the piano and sing a song about... agoraphobia.

Yes, this wacky and slapstick show by Petersen explores the story of her life - from discovering her obsession with Pizza Express to obsessing over a boy named Max, and how it all results in isolating herself in a black box theatre for an entire year, never plucking up the courage to go outside.

Self-deprecating humour combined with a slapstick edge, it certainly gave the audience a giggle at her expense. I was also very impressed by Petersen's ability to move swiftly in and out of character throughout, which gave the whole performance a very entertaining vibe.

However, I have to admit that there were times where the humour went a little bit over-the-top and it came off as overly juvenile. It was a bit confusing to see a young woman in the early 20s rolling around the floor pretending to be a pizza chef bleeding to death…

But, if you like wacky, slapstick, over-the-top and introverted comedy, then head on over to this show. It's definitely got the laughs and the intellect to carry it through the Fringe. Who wants pizza?!

Naomi Patterson: I Am Telling You, I'm Not Going is on at the Pleasance Courtyard at 15:30 until 29 August (excl. 16 August). For tickets and more information, visit the Fringe Website. 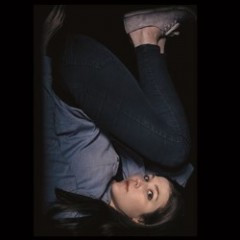 Naomi Peterson: I am telling you, I'm not going