Is a show about music diminished by the absence of musical performances?

Seeing the word 'soul' in the description for this show set it up, for me, to be an audience with a musical superstar with some performances throughout. Alas, there were no performances. However, what Hella delivered was an hour-long monologue from an entirely well thought-out character, who took us through her life from start to end.

Though slightly disappointed that I was not going to be able to 'get down', the performance was very redemptive. Her life story, her character, her highs and her lows would not look out of place in real life or a fictional Hollywood biopic.

It was marvellously written; toying with the audience, testing us as to whether a moment was real, or if she was pulling our leg.

She took us through the intricacies of her career and her personal life – her vices, her relationships, her libido, and, of course, the inevitable rollercoaster that was her musical career throughout the 80s.

The matter-of-fact-ness about how she bore her life story to us sucked the audience in immediately. Her narcissism worked with a crumbling exterior of toughness made for a truly three-dimensional character. There was laughter throughout, and I enjoyed the visceral tales of her later life towards the end.

Hella Granger is a character who deserves screen time. 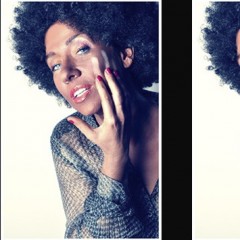 Is a show about music diminished by the absence of musical performances?