Want to see what accidental vulgarity looks like? Watch this show!

This show is... incredibly different. I would never have expected it to be as "accidentally" vulgar based off the title and description. Obviously this show is scripted, but McDougall's delivery is so seamless that everything seems to be spontaneous and unplanned. Which makes this review a little bit difficult to write, because the show itself is incredibly rude, to such an extent that I feel the 16+ guideline on the Edfringe website is low-balling the actual suitability of the show. This might be because I'm slightly prudish, or perhaps because I believe that people are more easily offended than perhaps they are.

I personally found it to be very funny, but was very aware of jokes that made other members of the audience tense up. In the interests of keeping this review spoiler-free and PG I shan't talk about the content of jokes themselves, just the effect the jokes had. The offensive jokes aren't the crux of the piece, in fact they are there simply to add contrast to an otherwise inoffensive show. They weren't there for shock value either, and some of them take a little bit of time to understand, resulting in a giggle from the audience members, adding highlights to an already well done piece.

The play between the two actors on stage is perfect, and nothing between the two was unnecessary, creating the illusion of a long-standing (one sided) relationship, with one being oblivious to the other's affections. This is emphasised with an adorable ukulele moment, that had the entire audience "aww"-ing, and left them with a warm heart.

This show is unique, and I can guarantee that you won't find similar to it at the Fringe this year. But if you're easily offended, or just don't like what could be considered "vulgar" comedy, then I'd look elsewhere!

Gay Furnish: Flirt Coach is performing until the 30th August (not the 24th) at the Underbelly Cowgate. Tickets and more information can be found on the Fringe website. 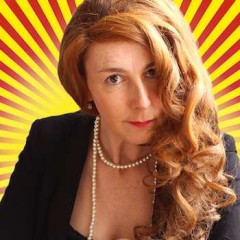 Want to see what accidental vulgarity looks like? Watch this show!