A brilliantly inventive performance that showed some of comedy at it's best.

I sighed at Steve's opening. Another comedian using the "10 facts about me" to settle the audience in, and again he is a young male using self-derogation & a desperate journey to be "more cool" as the crux.

But as he moved on from this I was grateful, and the jokes he used to kick off soon developed in to a coherent story.

Day Release takes us through the concerns & events of a timid young male driving an 18 year long incarcerated father of the bride to a wedding, because he was gigging near by and going to the wedding himself.

Observational humour was applied to set the story out and bring to life the tribulations of an awkward car journey.

What I perhaps most enjoyed about his performance was how he seamlessly went off on side tangents. Finding appropriate and funny stories to run alongside the overarching thread was an ingenius way to keep the audience entertained and prolong a good narrative that probably wouldn't quite have lasted the hour.

He also used a few repeat points and quickly simply saying the word "Allegedly" in a hushed and afterthought manner led to laughs every time. In fact, Steve generated a very vocal audience who seem invested in the story.

And I say story, as whilst this is clearly stand-up, there were numerous serious and emotional points. It was a performance, almost theatre, maybe more like performance poetry if you like. It was intuitive

Suitable for ages 14+ and over. 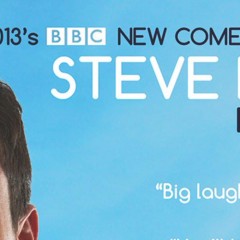 A brilliantly inventive performance that showed some of comedy at it's best.