This was a very strange show. A very strange show indeed. But strange can be good, and Tatterdemalion is testimony to that. I will confess that when the show started I was somewhat skeptical, fearing that I was trapped in a room for an hour watching another poor attempt of someone interpreting what it's like to be mad.

I was so, so wrong. Tatterdemalion is beautiful. It was the perfect blend of funny, emotional, and intelligent. It's single, titular character is a bearded individual who simply wants to find a friend. Communicating to the audience through only gestures and grunts, actor Henry Maynard is able to have the audience in stitches one moment, to expressing genuine sadness the next. His erratic, hesitant movements are perfect, and are great at displaying the feeling of uncertainty, joy and sorrow which the character experiences.

The set is simplistic, victorian in style, and as run down as the title would suggest. They are used brilliantly by Maynard, who manipulates the props and the audience to convey the loneliness and excitement his character experiences throughout the piece.

On the subject of audience manipulation, Tatterdemalion is very heavy on audience participation, which was both clever and creative. It reminded me of Boy with Tape on his Face, in the way that Maynard managed to get the audience to play along without saying a word to them.

Tatterdemalion is a touching and emotional piece of physical theatre. It successfully fills you up with joy, while flicking you with the damp cloth of loneliness. It was a charming, raw and intelligent. I'm so glad I got to see this show, it was a real treat to experience something so refreshingly entertaining.

Tatterdemalion is performing until the 31st August (not 19th) and tickets are available at the Fringe website. 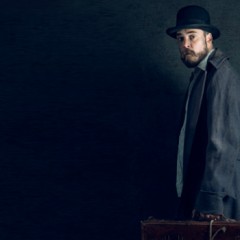