The Lost Girls have proven to be an incredibly talented group of girls, with their intense, moving and utterly mesmerising piece of drama, that left many in the house with a tear in their eye.

What started off as a powerful, yet amusing show, slowly morphed into a beautiful piece of drama that continually left the audience in a dumbfounded silence, as they addressed topics not often spoken about, in a dark and intriguing manner.

The performance was full of talent and emotion, as five girls spoke intense monologues to an incredibly high standard - interacting with each other effectively on the stage. The staging was simple and stripped-back, exposing the raw emotions that each girl held in her gaze and in her speech, allowing the audience to focus solely on them.

The absolute purity and honesty of the play had a visible effect on the audience, evident in the silence that resounded in the room after each scene, and the visible emotional effect the show had on everyone present. It is rare to go to a show where everyone watches it and then leaves in the same intense, shocked silence, from being so emotionally moved by a performance, and that's exactly what happened.

Overall, it is fair to say that the show was a complete success and definitely worth seeing. Although it is hard-hitting and intense, it is pulled off in a beautiful and incredibly moving manner that I haven't yet seen at the Fringe. Don't miss it! 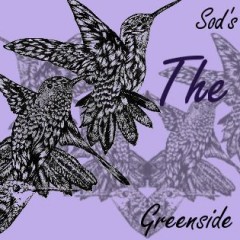 The Lost Girls have proven to be an incredibly talented group of girls, with their intense, moving and utterly mesmerising piece of drama, that left many in the house with a tear in their eye.