A comedy-sketch show that, for me, lacked comedic value.

Personally, I found this show far too vulgar to provide any humour. Although I wasn't necessarily insulted by the jokes and vulgarity of the sketches, I didn't find myself laughing either.

At the beginning, I had a promising feeling that this was going to be a funny show, but I was disappointed as sketch after sketch failed to hit the mark. I sat, watching the sketches unfold in front of me, listening to other members of the audience occasionally laugh in appreciation, whilst I remained unfazed. As much as I wanted to find it funny, I only cracked a smile once, and it was a fairly small one at that.

I am sure that Sophie is a good comedienne, she seemed to have other members of the audience laughing with her - although some of the laughter seemed to be awkward or embarrassed - and her jokes and sketches appear to be fairly original. I liked that each character linked back to a main storyline, but found her costume changes to be a bit tedious, as we were left staring at an empty stage, listening to a pre-recorded voice-over.

The costumes were interesting and distinctive, but she occasionally took too long to change, which is a problem in a one-woman comedy show, as it breaks the flow and consequently there isn't as much laughter.

Overall, although some of the other audience members enjoyed the show, this one really wasn't to my taste, and in my opinion, the vulgarity overpowered the possibilities for humour.

Sophie Pelham: Country Files is on at 4.45pm every day until August 30th, excluding 18th. 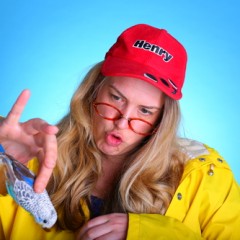 A comedy-sketch show that, for me, lacked comedic value.