People never change, not really, and over the past 175 years can we say that we've learned from our mistakes? Perhaps, we've certainly changed as individuals, but as a species?

With rising tensions in the middle east, we often forget the plight of the women that are part of "I.S.". What we also forget is the plight of women in 1840, especially those that travelled overseas to the new colonies – largely because (a) it's not current news and (b) many of us would like to forget the atrocities committed in those times in the name of "Queen (Victoria) and Country". Henry Naylor has clearly not forgotten, as clearly demonstrated by his newest piece "Echoes". Echoes explores the similarities between the treatment of women in the 1840's and of women that are in Syria, as part of I.S.I.S. The similarities are haunting, and quite frankly terrifying.

Echoes follows two women – Tillie, a Victoria bluestocking, setting out to Afghanistan to find a husband and do "God's Duty" (Played by Felicity Houlbrooke) and Samira, a schoolgirl jihadi that travels to Syria to find a husband and do her duty for Allah (played by Filipa Braganca). Now, you may be thinking "Hang on, those two things seem like awfully similar motivations" and you would be right, this piece has two female protagonists and they both follow a similar path. Both looking for an ideal, which they never quite come to realise; both are looking for a husband, both are religiously motivated, Tillie by Christianity and Samira by Islam; both are from Ipswich. This piece pulls these parallels on purpose, and it does it well, almost without one noticing when the parallels are being pulled together. The point is to highlight the hypocrisy of the western world, where we condemn the actions of extremist Muslims, while what they are doing now is no different to what we were doing 175 years ago. It shows how much can change over a short time, and it shows how the actions of something many years ago can still influence modern times, and it shows how men (and I mean the gender) haven't changed, and that women are still persecuted, in spite of all the progression in recent times.

This show is very clever, switching between the two actresses as they tell their stories, using a very minimalist set – one chair, one bench – relying heavily on the movements, mannerisms, and voices of the actresses to show different characters and locations within the story. A stand-out moment for me, that shows this multi-characterisation perfectly, is when Samira first meets her husband. Braganca's smooth transitions between the two is phenomenal, clearly showing the excitable and nervous Samira and seamlessly switching to the confident and relaxed shape of her husband. Houlbrooke was able to show a greater range of emotions with her character than I feel Braganca did, you really felt her sadness and rage, almost spurring her on to do what she does – I felt at one moment that the audience would jump on the stage and join in her chanting in the penultimate scene. If the story doesn't sound like something that would appeal to you, I'd recommend you go see this piece just for the acting and staging, as both are near flawless.

Now, I say near flawless. There were no large issues for me, in fact, the only issue I had was with the accents. Now, while I appreciate that accents are a difficult beast (and I am picking hairs here), I found most of the accents to be a little bit lacklustre, with one really grating on me – the accent that I assume was intended to be a Suffolk/East Anglian accent – due to the location of that part of the piece being in Ipswich - but ended up somewhere a lot more west (Cornwall/Dorset). This is such a small thing, and most people wouldn't realise normally, but having been brought up in Suffolk, and having frequented Ipswich, my "Suffolk-ometer" is finely tuned. The other accents I thought were certainly passable, but perhaps need a little bit of work to fully establish that is is an accent, not just a catch in the actresses' throats.

If you're looking for a thought-provoking piece, that's well written, and well executed then I would strongly recommend you see this. It's insightful, funny in the right places, and isn't afraid to say what it needs to.

Echoes by Henry Naylor is on in the Sportsmans stage in the Gilded Balloon every day this month, except Wednesday the 19th. Shows start at 17:30, and tickets are £10.50 or £12.50 depending on when you go. More information can be found here. Image courtesy of the Edfringe Website. 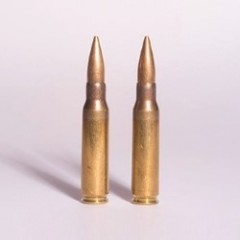 People never change, not really, and over the past 175 years can we say that we've learned from our mistakes? Perhaps, we've certainly changed as individuals, but as a species?