This was the most packed that I had seen the literary tent. Luckily I secured myself a good seat early on, but the popularity of this event un-suprisingly huge.

Andrew Marr, political voice of the BBC and Kate Fox, Social Anthropologist voiced their opinions on everything political - from how society is made up today to the current political situation. It was an extremely interesting discussion.

The discussion felt very intellectual and insightful: I felt like I was back in my university lecture theatre and learnt so much from the debate. The crowd were hugely involved in what was being discussed. The event started with both Marr and Fox being interviewed with questions and their responses. Topics ranged from discussing the last general election, whether Labour would ever recover from its loss and how the conservatives were influencing policy. Marr particularly voiced his opinions here believing Labour really needed to change its stance: Marr believed Labour was being presented as supporter of the welfare state and people on benefits and was alienating those with small businesses and working class jobs.

This was followed by a discussion of whether England was changing in its class make-up and how this changed the formation of its social standing. Fox was particularly vocal here, explaining how from thousands of years ago humans were built to live in a village community, but in the modern world, villages in England are becoming extinct. This meant physically villages were decreasing but mentally and socially the need to live in a village formality still existed. This was where using Facebook to 'overshare' and communicate to others, as would happen in a village, can be explained. This was then linked back to how politicians used social media and the conversation continued.

I won't list everything that was discussed as this article will turn into a novel (which Marr has consequently just written) but I wanted to give you a taster of the sorts of ideas that were discussed. I've always been interested in social and political history having studied a history degree myself and this debate fed into many of the theoretical reading that I had previously studied.

However it was also very accessible to those who didn't have any background in politics or history or had not studied at degree level. Everyone felt welcome and it appealed to all ages and all interests. The debate also allowed for audience participation with a Q & A at the end of the session. The audience were widely involved with more questions than there was time to answer. Marr and Fox were extremely popular and their views seemed to resonate well within the audience who clapped and nodded in agreement and actively got involved in the debate. It was hugely insightful and I felt like I learned a great deal. 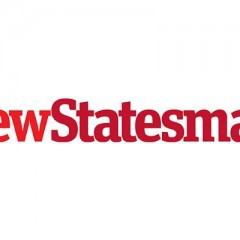 This was the most packed that I had seen the literary tent. Luckily I secured myself a good seat early on, but the popularity of this event un-suprisingly huge.