Voice MagReviewsJohnny Got His Gun

War! What is it good for?

An electric guitar lies beside a man whose head is wrapped like an Egyptian mummy. He wakes, stretches his limbs as if for the first time, lit by white neon strip lighting. Inspired by Dalton Trumbo’s 1971 anti-war novel of the same name, Johnny Got His Gun by director Essi Rossi follows the case of Joe Bonham who lost his arms, legs, ears, and mouth after surviving a grenade explosion during the Great World War.

There’s an indulgent mania to Johannes Holopainen’s performance in this one-man show, as we’re given insight into the thoughts of Joe’s sense-deprived body. He trots about the stage like a young Mick Jagger (there’s a bit of likeness there too), eventually galvanised by the Woodstock-inflected rock music of Hendrick’s famous 1969 rendition of the Star-Spangled Banner. As Holopainen slides down the fret, the speakers sound the electric feedback of guitar like bombs careening through the sky. He wields the guitar like a machine gun. Then, as the decades roll by, it becomes an anachronistic symbol of his stolen youth as time moves on without him (Joe can’t play the electric guitar like Holopainen: he was born too early and lacks the limbs).

The play is headlong and relentless. All the while Holopainen is acting out Joe’s story – the soldier’s rich inner life, memory fragments of home before the war, PTSD flashbacks, and hallucinatory episodes, like the Groundhog Day nightmare of a ringing phone he will never be able to answer, as Joe is locked-in unable to communicate to the doctors and nurses that tend his body in hospital. The show often forgets itself in the convoluted theatre of metaphor and show-making. The stillness of waiting, which is the real turmoil of Joe’s rare disability, is briefly lighted on somewhere between Holopainen’s chaotic prancing, Joe’s death scene pulled straight from Platoon, and the psycho-drama in which he ends up playing cards with the dead.

There’s a fleeting, almost imperceptible murmur of uncertain laughter as Holopainen folds in his arms and wriggles across the floor, like a worm, aided only by his shoulders after receiving debilitating wounds during battle. It’s patently, deliberately gratuitous, watching an able-bodied man pretend to have severe disability. The scene forces us to view Holopainen’s own arms and legs with renewed suspicion, as if they’re ghost limbs or a memory of Joe’s body before the war, and in that way it serves the drama. But I can’t help but feel there are more imaginative solutions to staging issues of the body that address the disability as a reality rather than a metaphor for the wider casualties of war.

War is horrific and problematic. When Johnny Got His Gun cuts the navel-gazing and poseur-ish theatre, it provides a compelling narrative that doesn’t shy away from the severity of its themes. It’s an edgy, strutting show with flashes of brilliance and grit. A bit more silence, space, and introspection wouldn’t go amiss. 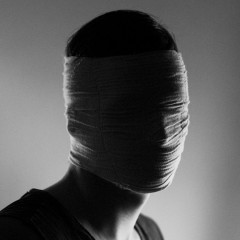 Johnny Got His Gun

War! What is it good for?