History, Feminism and Musical Theatre combined...are these some of your favourite things? Then this Musical is for you

These 6 Queens are taking back History and making it Herstory!

A couple of months ago, I was lucky enough to be able to see SIX again, for the second time in Leeds, and it was incredible!

Telling the story of Henry VIII’s Six Wives, with an all-female cast, this musical is the definition of Girl Power and Feminism. Catherine of Aragon, Anne Boylen, Jane Seymour, Anne of Cleves, Catherine Howard, and Catherine Parr each take turns singing about their lives and experiences with Henry, to determine who dealt with the worst treatment.

The Queens are all based on different pop stars such as Beyonce, Rihanna, Adele, Ariana Grande, Lily Allen, and more! These pop icons influence the costumes, styles, and songs throughout the show, and once you know who the Queens ‘pop stars’ are, you will recognise the styles!

As I said earlier, it is an all female cast, and they are supported by an also all female rock band, who were on stage the whole time along side the cast. If you are ever looking for female role models, then you only need to look at the stage to find half a dozen of them.

This is an incredible musical, and an equally incredible cast. I would absolutely recommend this to anyone who either slept through History, is a big musical theatre fan, or who just loves history and feminism! 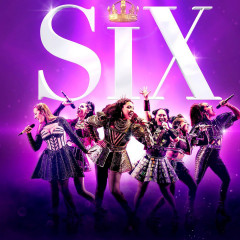 History, Feminism and Musical Theatre combined...are these some of your favourite things? Then this Musical is for you