M Night Shyamalan’s most recent film falls flat in many of the same places his previous features have.

Old is the most recent feature film from director M. Night Shyamalan, who has become famous for his twist endings – perhaps to his own detriment. Old is yet another of his films built on an interesting premise that promises a big reveal towards the end, and unfortunately, it is another that disappoints.

When the Cappa family arrive at a beautiful holiday resort they found online, they aren’t there long before the hotel manager invites them to a nearby secluded beach. Upon arrival, they meet another family, a husband and wife, and a rapper named “Mid-Sized Sedan,” who is there with a female companion. Eventually, after some bizarre events, the group all realise that the beach they are on is causing them to age at an impossibly fast rate, with an hour roughly equalling two years of their life. Panic sets in when they realise that one day spent on the beach will equal around 50 years of their life, and chaos ensues.

If the premise sounds interesting, it’s because it is. That is rarely the problem with an M. Night Shyamalan film. He often creates films that centre on a cool premise with lots of potential for storytelling, but unfortunately he also often squanders those opportunities. The execution in Old is, I am sorry to say, terrible. For several reasons.

The biggest problem with this film is the writing. Bad writing is poisonous. It infects everything it touches, and it is pretty much impossible for a film with bad writing to have good anything else. The performances cannot be great, even if played by great actors, because the dialogue they are working with is clunky and dull. The direction can only help so much, because if there are flaws in the script, it doesn’t matter how those flaws are presented. Unfortunately, the script for Old feels – like several other M. Night Shyamalan films – like it was a first draft. The clunky dialogue isn’t ironed out, and it feels like any idea that popped into Shyamalan’s head was thrown into the story without a second thought. One example of this is when two of the children on the beach, having rapidly developed into teenagers, have sex. The girl gets pregnant, and with time moving so fast, the baby doesn’t make it. This plot detail has absolutely nothing to do with anything and it isn’t mentioned again once it takes place. The story just jumps to the next silly plot detail, and all of these details Shyamalan explores are the first things that would pop into your mind when thinking about a beach that causes you to age rapidly. It feels like there is zero rhyme or reason to anything that happens, and it makes it really hard to care about any of it.

Since the writing is poor, the performances are also. Despite having an ensemble cast of good (at the very least) actors, the performances feel weird and unnatural, and none of the characters have any chemistry with each other. It’s borderline impressive to get such poor performances from several good actors.

By the end, when the audience is shown the “big reveal,” it’s very difficult to bring yourself to care about it. Not only is the writing bad in the first place, but the characters age so quickly that the same people are played by 3 different actors in some cases, so that doesn’t do much to endear them to you. The plot is focused entirely on these characters, so if you don’t care about them, you don’t care about the film. As a result, Old has the same effect on its viewers that the beach has on the characters – when it finishes, you’ll feel as though you’ve been watching it for years. Disappointingly insipid for a film with such an interesting premise. 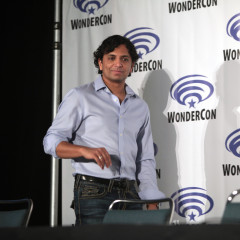 M Night Shyamalan’s most recent film falls flat in many of the same places his previous features have.