Fascism is on the rise, and we see the return of a much-loved character

In episode 2 we learn that Tommy is experiencing traumatic seizures that are triggered by flashbacks from the war.  These scenes are incredibly difficult to digest and very visual, it seems the directors are taking a horror approach to this series which is adding an interesting and new dynamic to the show. We also see how Tommy’s daughter Ruby gets sick, and the show seems to be foreshadowing that she may have been possessed after she starts coughing up blood.

Sam Claflin aka Oswald Mosley makes his return as a fascist leader, bringing all the same smarm and menace as before. Tommy seeks to do business with Oswald whilst unbeknown to Mosely, he attempts to influence the fascist collective as a working class labour MP.

Fan favourite Alfie Solmons (played by Tom Hardy) also makes his return to the series. We see how Alfie is also spiraling downwards, living a very isolated life and obsessing over opera. He's also given up smoking, so it seems the writers wanted to create slight similarities between Tommy and Alfie after it was revealed in episode one that Tommy no longer drinks. He too is closed off from the world and struggling to become his old self again.

We also see how Arthur Shelby is struggling to come to terms with Polly’s death and his wife leaving. The episode shows how Arthur is using class A drugs to cope, with Ada bursting into a business meeting at the Garrison insisting Tommy helps her to get Arthur home safely. The troubled brother had passed out on the pavement due to an overdose.

Although series 2 is yet to have any distinctive plot, with tension clearly boiling to the surface and storylines in motion, the final series is set to be building up to a huge finale. However, with actor Stephen Graham yet to be seen there's no doubt we'll be on the edge of our seats every episode. 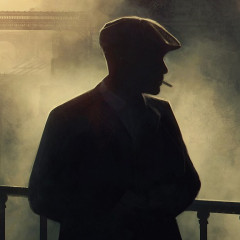 Fascism is on the rise, and we see the return of a much-loved character