Voice MagOpportunitiesApply to the BFI Fil…

If you're aged 16-19 and want to share your views Black Lives Matter, climate change, exam results, gender equality and Covid-19, get involved with the BFI Film Academy.

Rural Media will be hosting 3 Live Webinars, where they’ll explain how to apply to BFI and the benefits of using your voice through the medium of video! Joined by some very special guests and BFI-ers of the past, they’ll be discussing the importance of diversity in the film industry and how 16-19 year olds are the future of a film industry that represents the full spectrum of society.

BFI Film Academy offers a series of workshops and masterclasses from industry professionals. From scriptwriting to producing, directing to editing, you'll gain all the skills you need to develop as a filmmaker and by the end of the course, you'll have made your own short film.

You'll have the chance to get hands-on with film making, learn how to amplify your voice with video and explore creativity in a supportive environment.

To find out more details about this scheme, visit the Rural Media website. You can apply to the BFI Film Academy here. 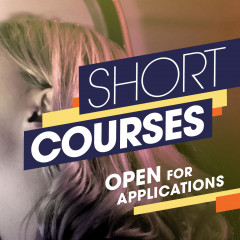 Apply to the BFI Film Academy